During the month of  August 2017, our forecast room meteorologists had some visitors. The trainee meteorologists at that time were sitting in on some shifts to get a feel for what real-time forecasting is like day to day. This was part of their training, which began in January 2017, and finished early in 2018. 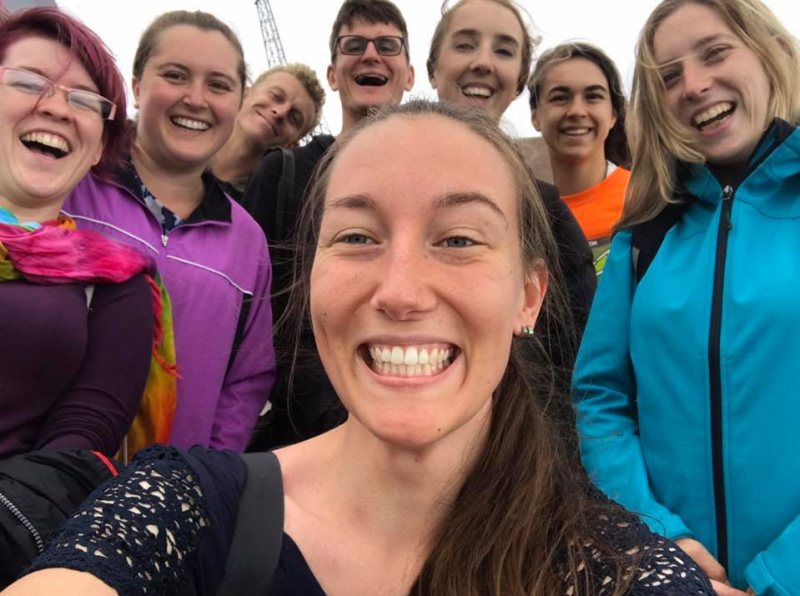 So how do you become a meteorologist?
Before our trainees begin their training at MetService, they first need to have a university degree. The minimum requirement is a Bachelor of Science, usually majoring in either maths or physics. Why maths and physics? Physics and mathematical equations are used to quantify the state of the atmosphere, and then make predictions of how this will change in the future. To put it technically:

The atmosphere is a thin film of fluid bound by gravity to the Earth. The Earth is a rotating sphere, heated more by the sun near the equator than near the poles. Circulations in the atmosphere transport excess heat away from the equatorial region. These circulations, some of which are weather systems, are well described using highly non-linear fluid-dynamical equations.

A new group of trainees is employed by MetService on average every second year.

For the first few months of training, our trainees do not do much forecasting. Instead, they spend their time learning about observing the atmosphere, and understanding what is happening here and now. There are many different ways that we observe the atmosphere, for example: radar, satellite imagery, observations from land based weather stations, observations from ships and buoys, weather balloons, and yes, even looking out the window. 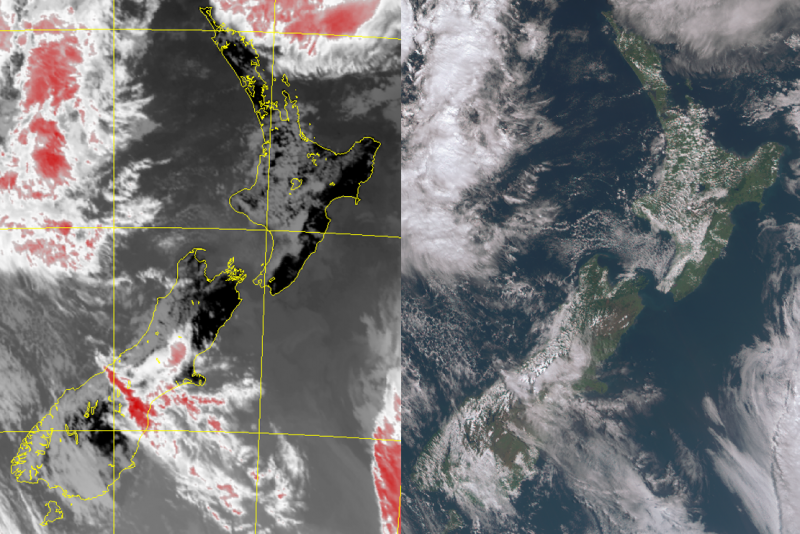 An example of satellite imagery, courtesy of the Japanese Meteorological Agency (JMA). On the left is an ‘infra-red’ image which measures the temperatures of the cloud tops, and on right a ‘visible’ image, which is just like a photo. Trainees learn to interpret these images and distinguish different cloud types.

While learning about observations, the trainees also begin their formal university qualification in meteorology at Victoria University. Our most recent training group are lucky to be able to complete a Masters of Meteorology, which is a new qualification in New Zealand (previously it was offered as a Post-Graduate Diploma). Their Masters course begins with courses on Fluid Dynamics, Radiation, Thermodynamics and Weather Systems, and trainees have to pass exams on these topics mid-year.

Why are those topics important for the understanding of meteorology?

In addition, it is important for our trainees to have a good grasp of New Zealand’s geography, as our mountain ranges have a huge effect on the weather in our country. The Masters qualification at Victoria University, alongside the training that they receive here at MetService, help fulfil MetService’s obligation to train meteorologists to the international standard set by the World Meteorological Organisation (WMO). (Click here for a great video from WMO about ‘Why the world needs meteorologists'.) 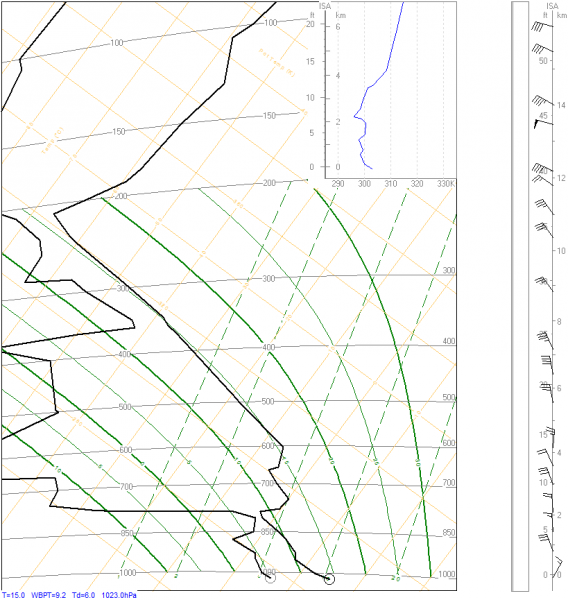 Once the foundations have been laid, our trainees undergo their first Simulation Week. Trainees are expected to understand and interpret weather information in real time, while working to strict deadlines to simulate the forecast room environment. They also work a combination of morning shifts and night shifts, just like our qualified meteorologists who write your daily forecasts. During the first simulation, the focus is on understanding the work flow and working to deadlines, as opposed to forecasting. Trainees are expected to produce work to a high standard to pass their first simulation. 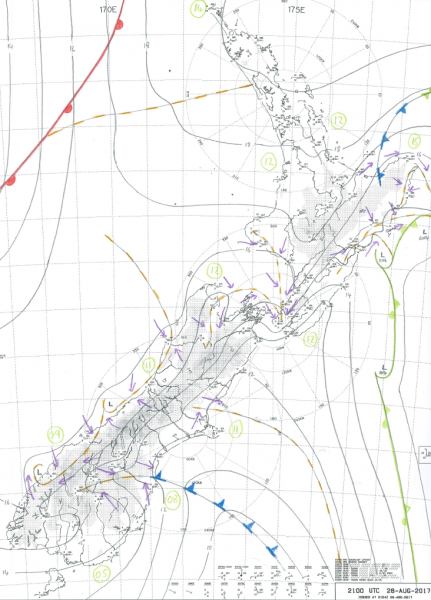 An example of the type of weather chart drawn by trainee meteorologists in their first simulation – these are drawn based on land-based observations from weather stations.

In the second half of the year, trainees move on to the more advanced meteorology courses at university. The topics covered are:

Our trainees have just finished their second simulation last week, which brings us back to the present week – shift familiarisation. 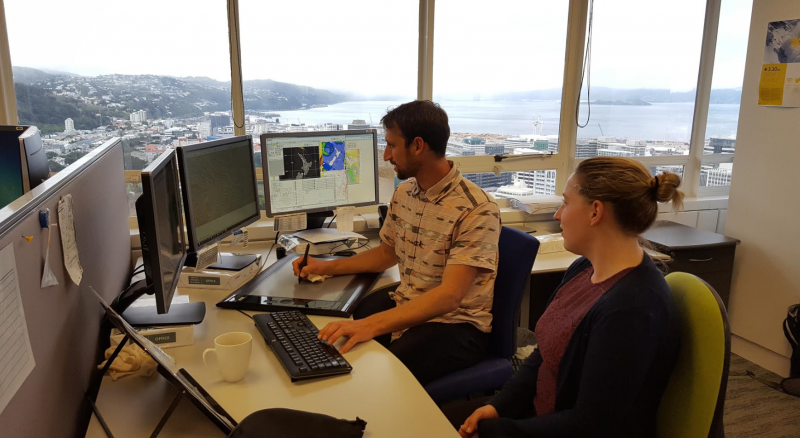 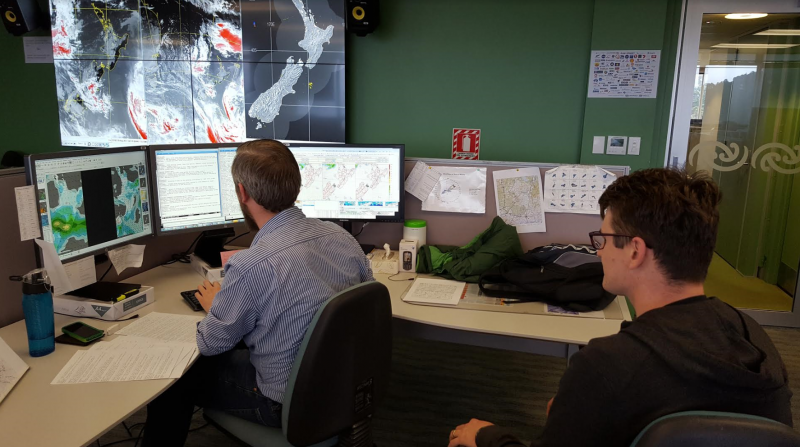 After the trainees have sat their final exams at the end of the year, the final stage of their training to complete their Masters course involves a research project, which will be completed in Autumn 2018.

While the training is intensive, and it takes a long time to become fully qualified, it can lead to a long and rewarding career as a meteorologist, producing weather forecasts for TV, Radio, Newspapers, Airlines, Ship Captains, Civil Defence, Search and Rescue, just to name a few! If you think that becoming a meteorologist sounds like the job for you, you can find out more here.