Charles Kingsford Smith was born in 1897 (12 years before Jean) and, after serving in the First World War (including Gallipoli), developed an interest in aviation. He became one of the earliest airline pilots in Australia.

In 1928, in the Southern Cross, he led the first successful flight across the Pacific Ocean from USA to Australia.   Later that year he led the first successful return flight from Australia to New Zealand, a journey that in the modern age of jet aircraft we take for granted. It took him 14 and a half hours to complete the flight from near Sydney to Christchurch, a distance of 2670 km (1660 milies). You can read more about this achievement in the previous link.

Five years later Kingsford Smith made the first commercial trans-Tasman flight and, like Jean Batten he obtained weather information from our then Director of the New Zealand Meteorological Service, Dr Edward Kidson. As I explained in the post about Jean Batten, good up-to-date meteorological information is critical for air safety; but this importance extends beyond safety to also include flight efficiency.

We hold a few precious letters from Kingsford Smith, including the following. 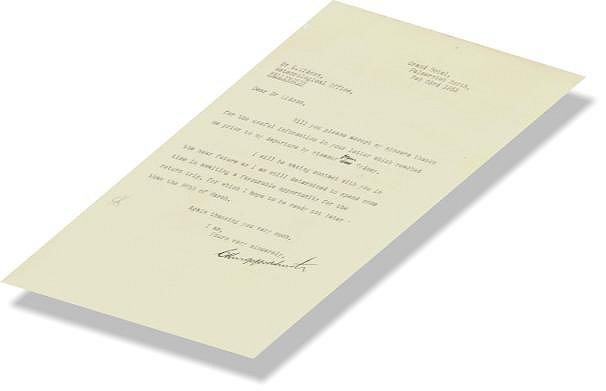 Will you please accept my sincere thanks for the useful information in your letter which reached me prior to my departure by steamer from Sydney.

I will be making contact with you in the near future as I am still determined to spend some time in awaiting a favourable opportunity for the return trip, for which I hope to be ready not later than the 26th of March.

Again thanking you very much,

I am,
Yours very sincerely,

And a later letter: 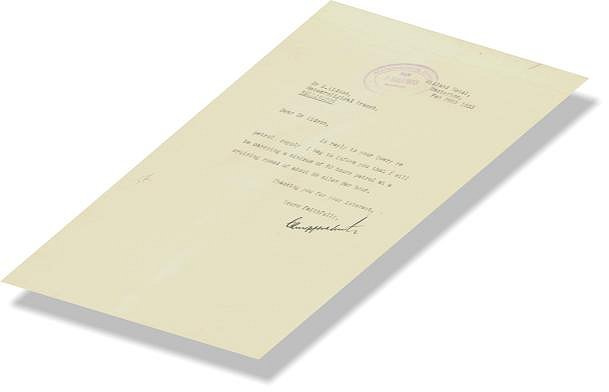 In reply to your Query re petrol supply I beg to inform you that I will be carrying a minimum of 20 hours petrol at a cruising speed of about 88 miles per hour.

Thanking you for your interest,

Contrast his aircraft's cruising speed of 88 mph (142 km/hr) back in 1933 with the typical cruising speed of a Boeing 767 aircraft, 550 mph (about 900 km/hr and at a much greater height too, of course). These days you can expect to fly from one of the eastern Australian airports to New Zealand in three and a half hours, and even less if the upper winds are favourable.

These upper winds are often in excess of 100 kt (115 mph, 185 km/hr) within narrow zones called jet-streams, usually blowing in the direction from Australia towards New Zealand. For today's aircraft they can have a significant impact on flight duration, shortening the flight to New Zealand with a favourable tail-wind, and prolonging a return flight to Australia with an unfavourable head-wind.

Westward-bound flights to Australia plan their routes to try and avoid, as much as possible any such jet-stream zone, not only to shorten the flight but also to make more efficient use of fuel.