A satellite receiver ("dish"), for improved reception of data from polar-orbiting weather satellites, was installed at MetService Head Office in Kelburn in February 2013.

The two images immediately below demonstrate the difference in resolution, of visible imagery, between two of the weather satellites that view New Zealand. As explained later in this article, data from each type of satellite has its advantages. 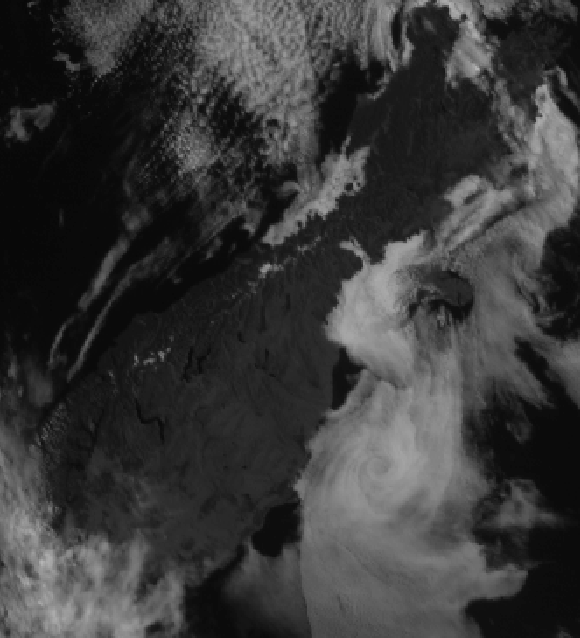 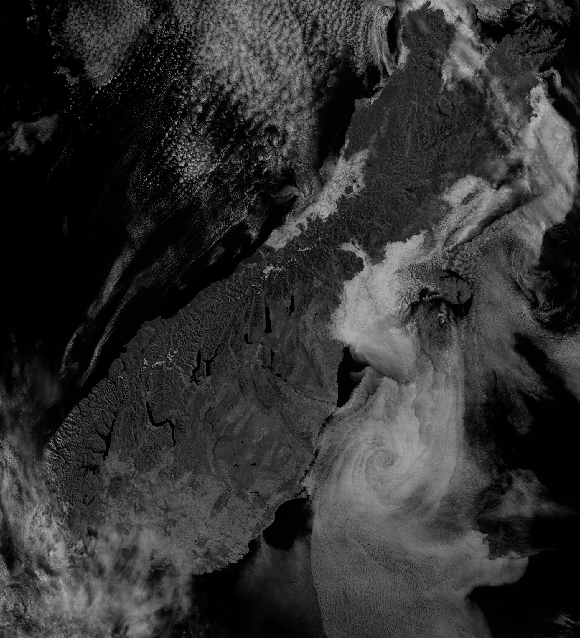 Satellites available
Using the new receiver, MetService currently gathers data from the Terra, Aqua and NOAA series of satellites. Their passes across the New Zealand area are generally clustered around early morning and late afternoon. Data from other polar-orbiting weather satellites is a work in progress.

Final assembly of the satellite antenna, receiver and dome was carried out by MetService and SeaSpace engineers in the MetService head office car park over a period of three days. 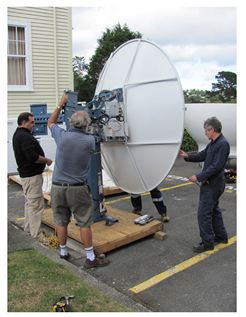 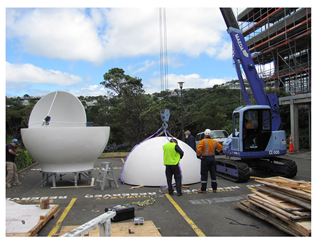 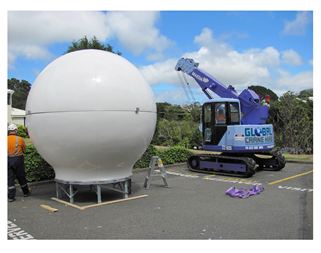 The lift of equipment onto the roof of the MetService building required an early morning start and very little wind. Things went extremely well and the HeliPro helicopter successfully lowered the 364 kg load accurately onto the roof platform. 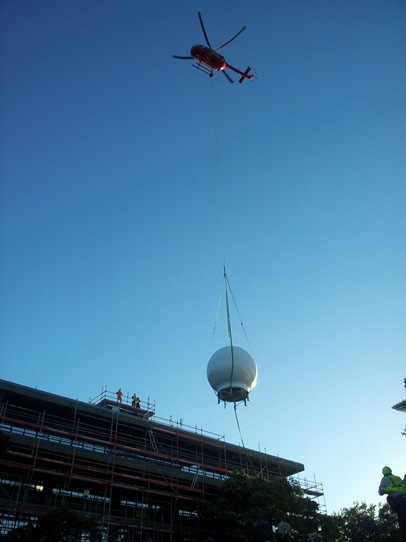