Wellington is known in New Zealand, and around the world, as 'Windy Wellington' due to the frequent strong, gusty northerlies that Wellington experiences. A hardened Wellingtonian is used to the strong winds, and may even miss them when they do disappear for a few days. So, why does Wellington get such sustained strong winds? There are a number of factors which come into play that make Wellington 'the windiest city' in the world with 178 days a year gusting at or above 63 km/h.

Note: if wind speeds average 63 km/h, then this is considered a gale. Wellington often gets gust speeds well above this threshold, though average wind speeds this high are much rarer.

Rivers of Wind
The main reason that Wellington is so windy is fairly obvious, and unfortunately, we have to blame two things that make the city so beautiful: the Tararua range and Cook Strait. 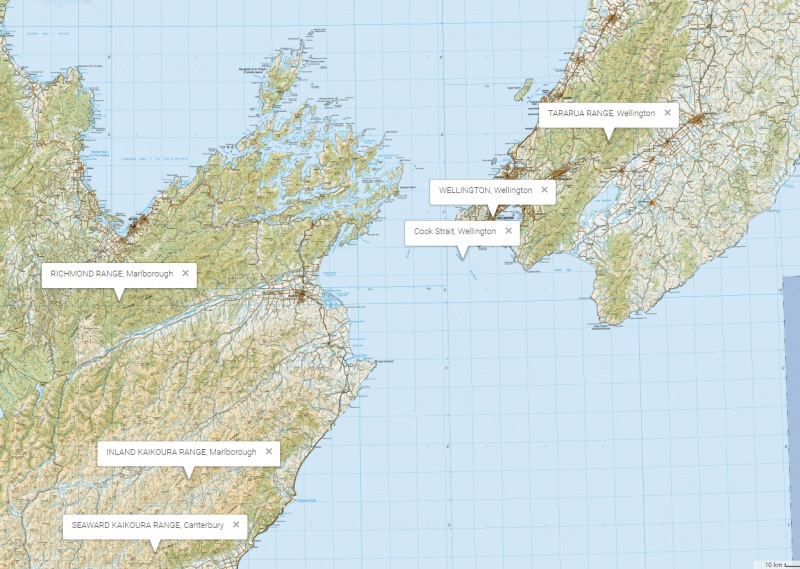 The predominant westerly flow over New Zealand means that the wind flowing across from west to east will try to find the path of least resistance. (This is due to the atmosphere being generally stable, i.e. air prefers to move in the horizontal rather than vertical plane.) Just like a river quickens as it passes through a narrowed gorge, winds speed up as they squeeze between the Tararua Range to the north, and the Marlborough ranges to the south (such as the Richmond Range and the Kaikoura Ranges as shown on the map above), i.e. the wind flow through Cook Strait. If, for example, the Tararua range were to magically disappear, the area from Manawatu down to Wellington would ‘share’ this river of wind, increasing the windiness in places like Levin and Masterton but decreasing the windiness in Wellington. 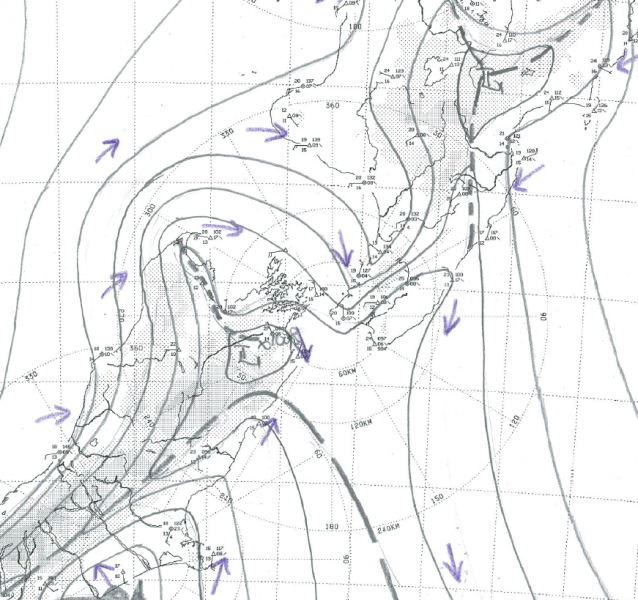 The observed mean wind speeds recorded at Wellington Airport and at Brothers Island in the Cook Strait for the same day are shown in the graph below. Note that the wind speeds are at their lightest during the early morning, then the winds gradually pick up throughout the day as the land in Marlborough is heated by the sun. Wind speeds peak during the afternoon hours, before quickly dropping off late in the evening as the sun goes down. The maximum gusts recorded throughout the day were 56 km/h at both weather stations, and were observed late in the afternoon. 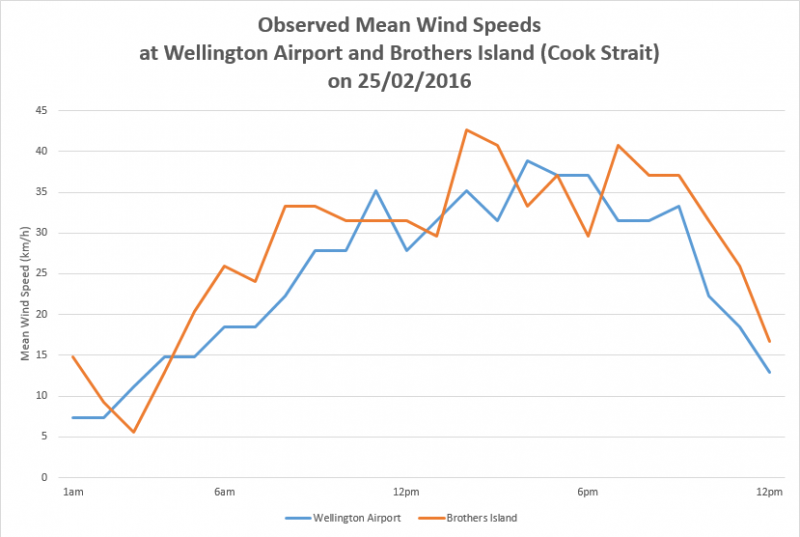 So now you know the two main reasons why there are fewer days in Wellington, compared to other parts of the country, that one can wear that pretty floaty dress or play outdoor badminton...
Enjoy the calm days in Wellington when you get them, because the mountains are stacked against you!