August 2011's polar outbreak was a major weather event that drew media interest from around the world. This event was notable in recent history, in terms of the coldness of the air and extent of its spread across New Zealand.  During the week of the 'big chill', MetService's Chief Forecaster kept up an in-depth explanation of the polar outbreak as it happened. Behind every forecast is a lot of work. The starting point for an accurate forecast is an accurate representation of the atmosphere’s current state. This is why MetService operates extensive observing and weather modelling programmes and runs a large 24/7 forecasting operation. For much more about this, see the blog on MetService's Investment in Forecasting. The 5-day rain forecast on metservice.com is very useful for planning purposes, with the maps showing pressure, direction and strength of wind, and where rain is expected to fall. The forecast is in the form of a series of maps, which are also provided in a player, so you can animate the series of maps to see how the situation could change over the period of time. 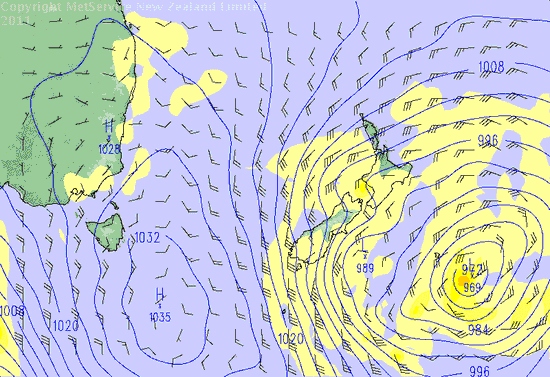 Our 3-day model provides a closer look at New Zealand. On these charts, the thick purple line is a guide to where precipitation may fall as snow. 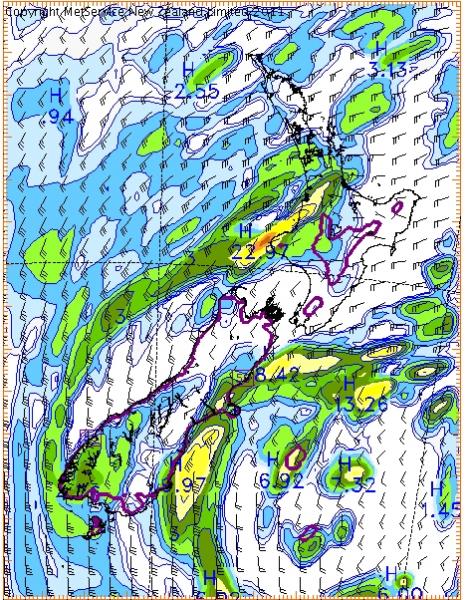 However, computers deal only in numbers and don't give the complete story - this is where human expertise comes into play. Trained forecasters do things that weather models cannot, for example:

It is vitally important for forecasts (and updates as they happen) to be communicated in a measured, timely and credible manner. On Wednesday 10 August, days before the outbreak, MetService published a media release and contacted farming organisations, to alert those with a real need to plan in advance about what forecasters were anticipating. Snow and cold would have a large impact to farmers in the lambing and calving season so this was highlighted in the news release. 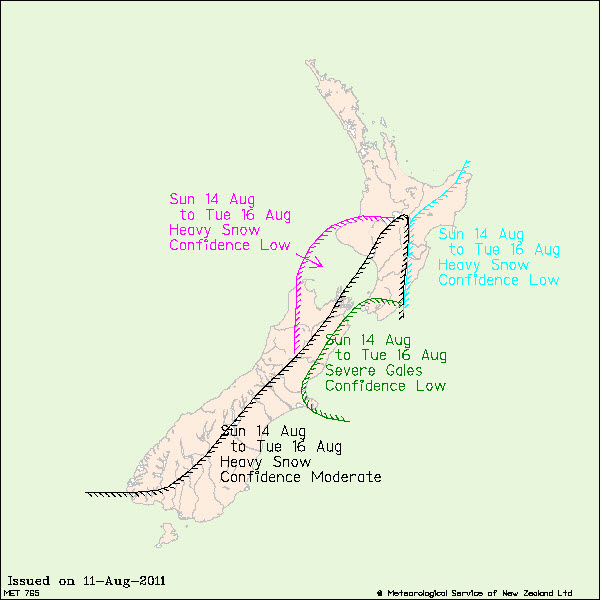 To ensure that all sectors of New Zealand were kept up to date, a Special Weather Advisory was also issued (click here to see pdf) on Thursday 11 August. This is a special news release that draws people's attention to particularly significant or widespread weather to come. On Friday 12 August another media release was issued to give a further update on the developing polar blast. Because of the chaotic nature of the atmosphere (and the variation of predictability with time), the forecast for a given day (or time) in the future can change as we get closer to it. This is why the forecast issued on a Monday for the weekend to come might be very different to the forecast issued on, say, the Thursday of the same week. In the days that followed Friday 12 August, Severe Weather Watches and Warnings (click here for a detailed account - a pdf document) were issued and updated as conditions warranted. As more data became available, site-specific urban forecasts were updated to include the risk for snow. 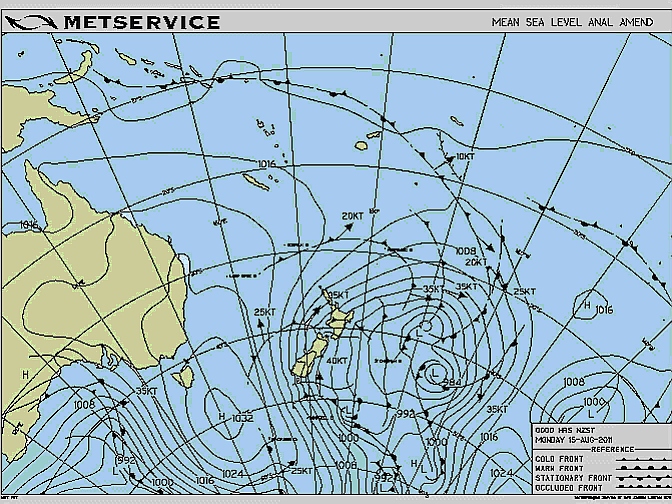 Mean sea level analysis for midnight Sunday 14th August, near the beginning of the coldest period during this event.

Snow fell in episodes over several days. There were some notable snow amounts - and reports of snow in places that had not seen it in a very long time. 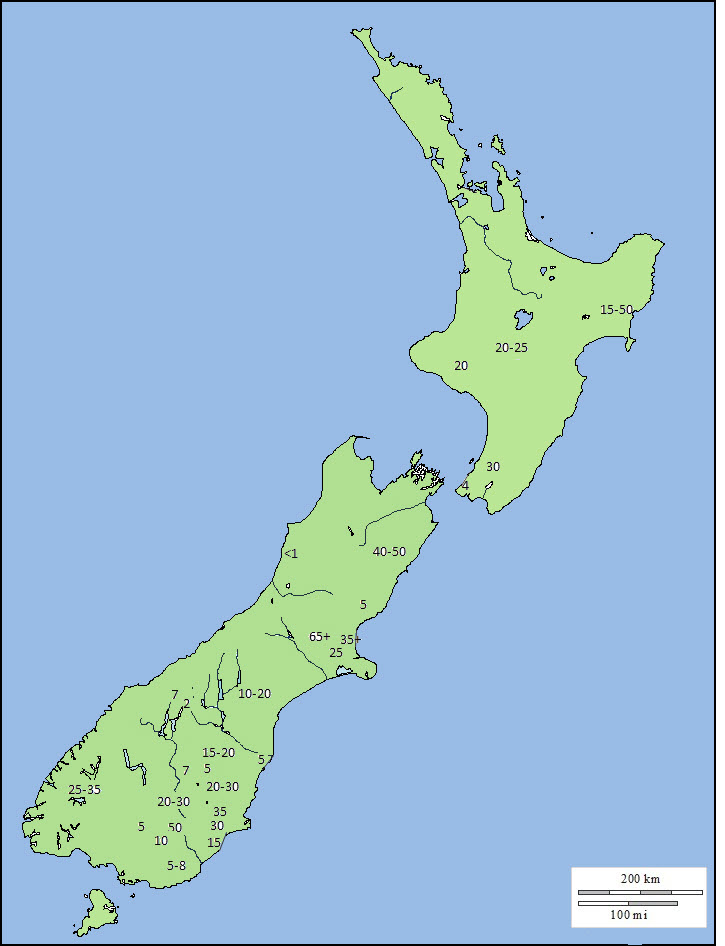 Snow map showing reports of the depth of snow (in centimetres) from various parts of the country, during the event.

This polar blast was long lived and delivered snow to many regions of the country. While heavier snowfalls have been recorded before in some regions, this is undoubtedly the most widespread and prolonged event since 1939 - the subject of a blog by Erick Brenstrum.