New Zealanders are well-travelled people by world standards. I've travelled overseas a few times and, as a meteorologist, have always taken an interest in the local sky conditions. It wasn't until I visited the northern hemisphere that I understood why visitors to our country often remark on the brilliance, or "punch" the sunlight has here. Most of New Zealand is very lucky in this regard.

Several years ago, while on a trip to the UK, I noticed something of meteorological interest that was not in the sky. I was outside Westminster Abbey, one of the world's greatest  landmarks, and the burial place of many famous people. Sir Isaac Newton, a man who had a profound influence on all branches of science (including atmospheric science) being one such esteemed individual. As I walked around the Abbey, I noticed a plaque that nicely describes what mariners might call "variable 10 knots": 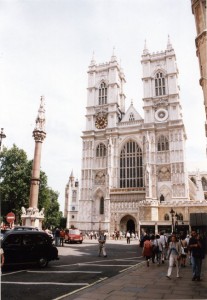 "The wind goeth towards the south and turneth about unto the north - it whirleth about continually and the wind returneth again according to His circuits." Ecclesiastes IV 6

This is a quote from one of the books of the Old Testament, and I believe it is the best description I have seen of the variable nature of the wind near the earth's surface. It would seem that the variable characteristics of the wind have been observed and known for some time! 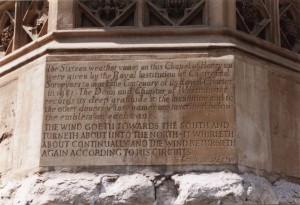 If people many centuries ago (perhaps even Newton) could have experienced winds higher up in the sky, I think they would have been surprised at how different these winds are from winds near the Earth's surface. Climbers who have ascended some of the higher peaks around the world have had direct experience of this difference. Nearer sea level, where most of us actually live, the wind is much more variable and unpredictable.

There are many reasons the wind behaves as it does, such as the rotation of the Earth, and the nature of the sun's heating.