The snow that closed the Desert Road and Napier-Taupo Road from Sun 4th to Tue 6th  October 2009 was unseasonable.  It was caused by a low pressure system deepening over the area at the same time as a cold southerly flow arrived, resulting in moist air being cooled from below in a cauldron of lowering pressure.  This produced an unusually heavy amount of snow over a wide area. The weather map for noon on Sunday shows the low pressure system forming over the Central North Island 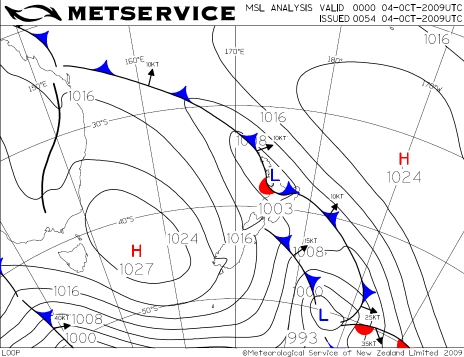 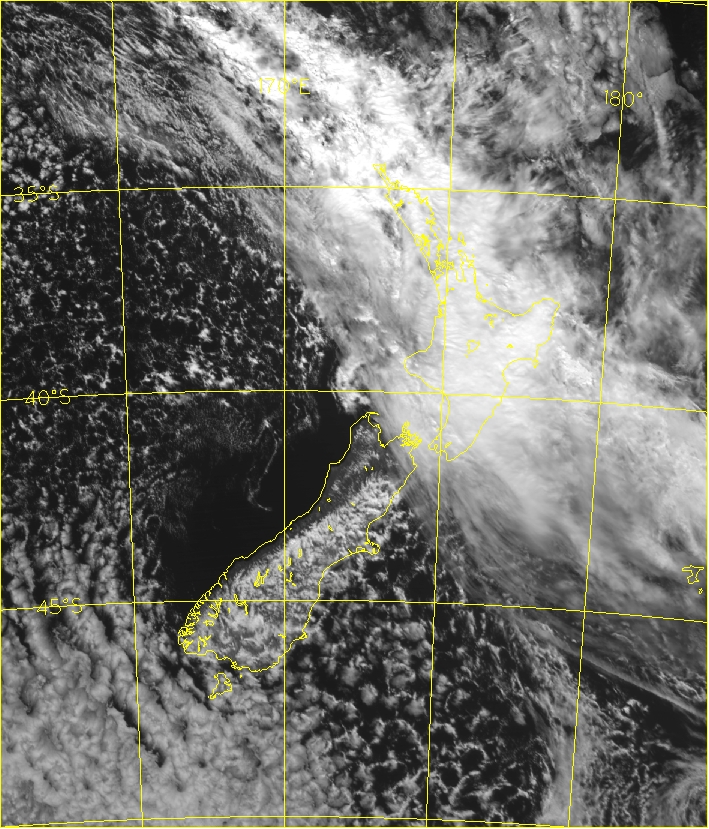 MetService issued a Severe Weather Watch for heavy snow on Saturday night and upgraded this to a Warning soon after 9am on Sunday, advising of 20-30 centimetres of snow over the higher ground, including the Hawke's Bay hills. MetService maintains a number of NZTA (New Zealand Transport Agency) weather stations on the Napier-Taupo and Desert Roads with their locations shown in this Google Map image: 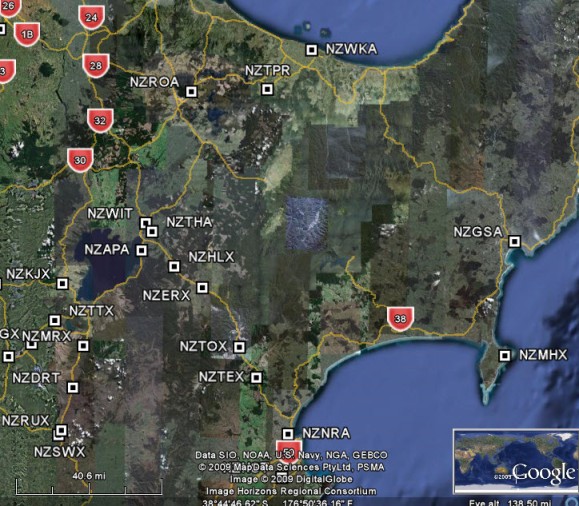 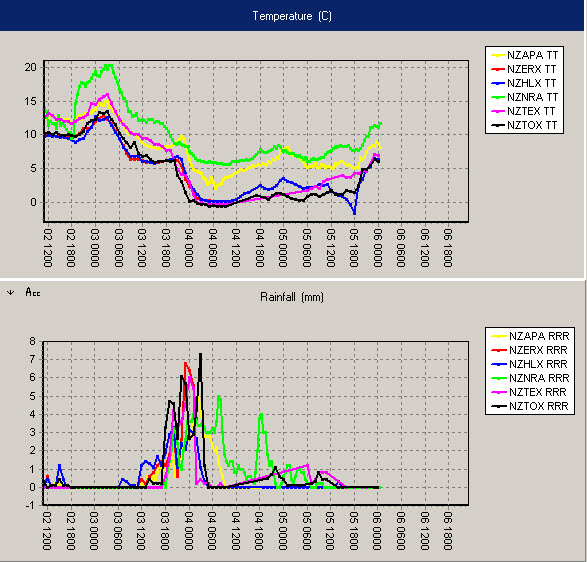 The following stations line up from north to south along the Desert Road
TTX Tongariro
MRX Moturoa
DRT: Desert road
RUX Waiouru
For these sites, the temperature (degrees Celsius) and rainfall (mm/hr) from 1am NZDT Saturday 3 Oct (02 1200UTC) until 1pm NZDT Tuesday (06 0000 UTC) are shown below. 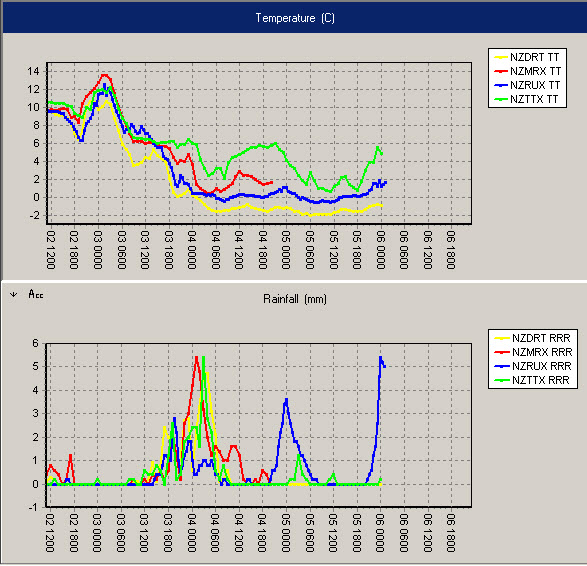 Comparing these traces with the Napier-Taupo trace we can see that the temperature drop and rise were more gradual on the Desert Road but the rainfall events were similar.  That peak of rain at Waiouru around noon on Tuesday is due to snowmelt – the snow that had accumulated in the rain gauge melting as conditions warmed.

It seems that around 30 centimetres of snow fell on the upper parts of these roads,  and the wind blew this around producing some drifts of around half to one metre. It took several days for the Napier-Taupo road to reopen.

In most of the surrounding cities, Monday’s temperatures remained in single digits.  Only Gisborne managed to get above 10.  It was reported that snow lay on the roads around Rotorua:

This was indeed a freakish early October snow event, so late in the year, so low, so heavy and so widespread -- these details deserve being kept as a bench mark for possible future comparisons.