This blog post is the second in a three-part series discussing verification of MetService forecasts. Here, we present the method used for verifying maximum and minimum temperature in city forecasts, along with some recent examples.

Results dating from the implementation of this particular scheme in March 2009 through to 28 October 2010 are below. 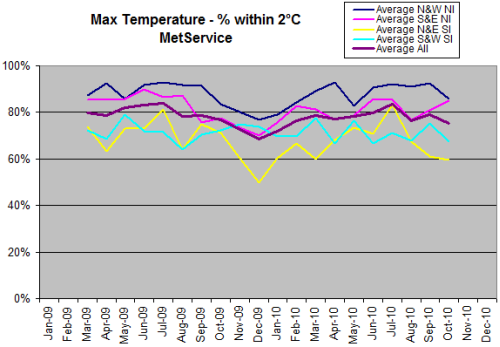 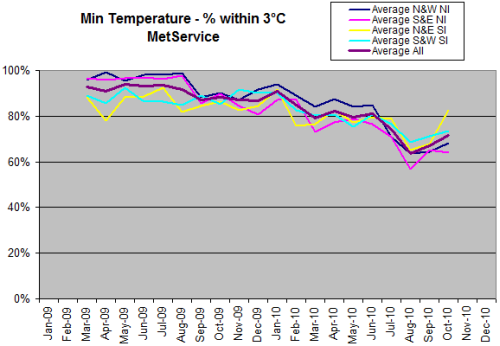 Even across small distances, there can be significant variations in temperature during the course of a day – just ask any horticulturalist. Thus, the observation point used to verify the forecast for a given place may or may not fairly represent the temperature there – or may be a good indication in some weather situations but not in others. MetService observation sites are commonly at airports, which in general are at least some distance from the city or town they serve.