The last week in January 2010 will be remembered by many over the central North Island for the frequent thunderstorms that developed in the afternoon, often lasting well into the evening. Conditions changed little during the week with a slack pressure gradient over the North Island allowing afternoon sea breezes to combine with abundant low level moisture, triggering heavy showers and thunderstorms inland. Many of these storms were slow moving, prompting a number of Severe Thunderstorm Warnings as radar detected torrential rain and hail in some cells.

To illustrate the impressive number of lightning strikes that resulted, and just how widespread the thunderstorms were, here's the North Island strike maps (courtesy MetService and Transpower) covering the afternoon and evening periods (all about 12 hours) from Monday 25th through to Thursday 28th January. 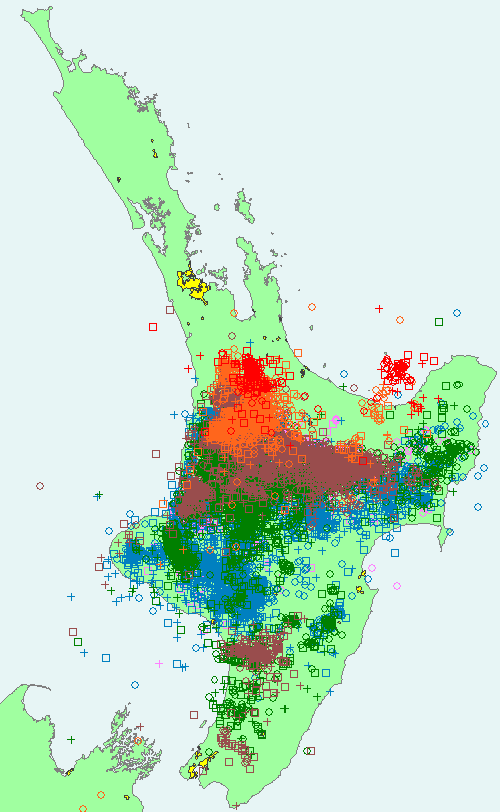 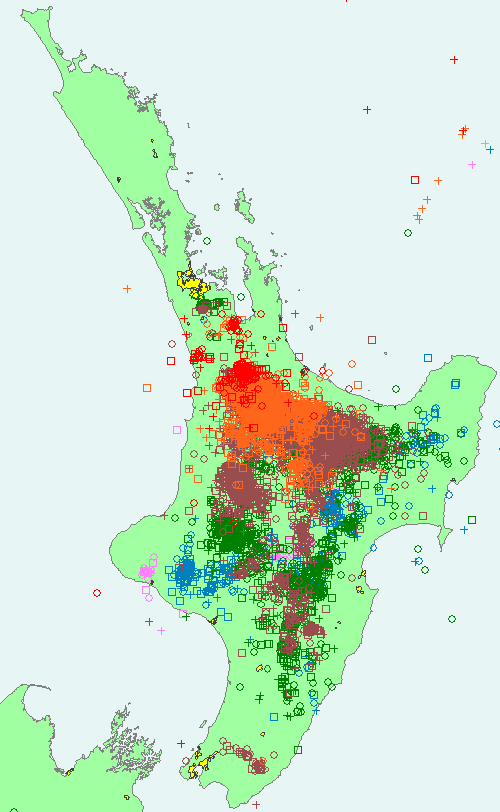 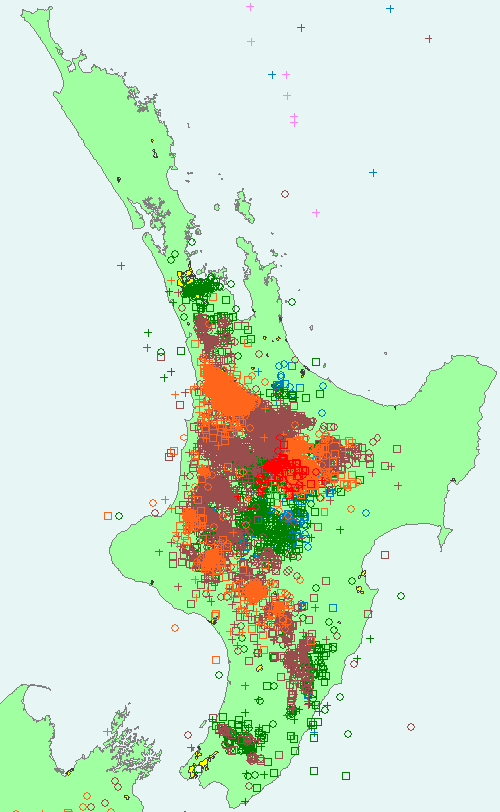 The colours of the lightning strikes give an indication of when the strikes occurred, with each colour on these maps representing two hours worth of lightning.
The timings are:   pink and blue for early to mid-afternoon (about midday to 4pm),
green and brown for late afternoon and early evening (about 4pm to 8pm)
orange and red for late evening and night (about 8pm to midnight).

Armed with this knowledge you can now deduce where the lightning started in the afternoons and where the last strikes were in the evening. For example, on Wednesday some of the first strikes occurred on a line from South Taranaki to Gisborne with the last strikes of the day occurring in Waikato near Hamilton.

While it's not unusual to get afternoon and evening thunderstorms in summer, this week certainly stands out as a particularly active period with a large number of strikes on four consecutive days. And as I write this on Friday afternoon we are again expecting more thunderstorms inland over the North Island today (but perhaps not as many strikes as the above examples).

Lastly, I'll leave you with a nice example of a large thunderstorm with anvil seen over the Wairarapa on Wednesday 27 January. I took this  panorama from the roof of the MetService building at about 7:25pm: