MetService’s long-range weather radar, situated near Kaeo in Northland, officially commenced operations on Monday 28 July 2014, with early imagery from the radar enabling MetService forecasters to provide very valuable information to Civil Defence and the public ahead of the June storms experienced in the region that year. Although Northland is also covered by MetService’s Auckland radar (on Mt Tamahunga, near Warkworth), by the time that radar’s beam reaches the Far North it is several kilometres above the ground, meaning that a lot of rain quite literally falls ‘under the radar’ and is not accurately detected as a result. 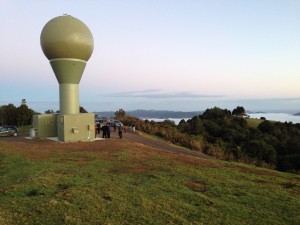 The view from the radar atop Te Huia hill looking out to Whangaroa Harbour. 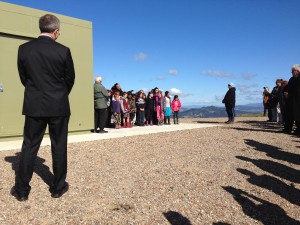 The new Northland radar has an expansive view of the Far North region, which will provide excellent weather detection across a range of 300km from the site. It is the ninth radar in MetService’s network, and the fifth of five new radars installed over the last six years to support expanded thunderstorm warning services. It is a powerful weather forecasting tool providing detailed depiction of torrential rain, hail and snow storms. 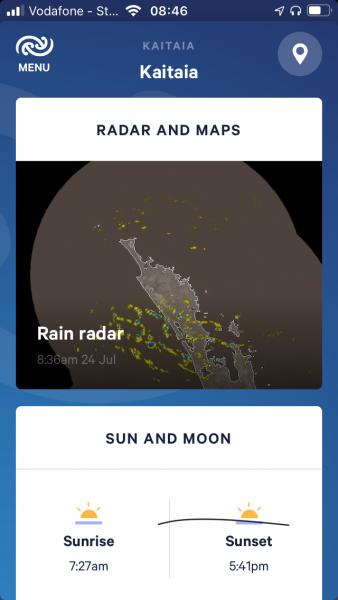 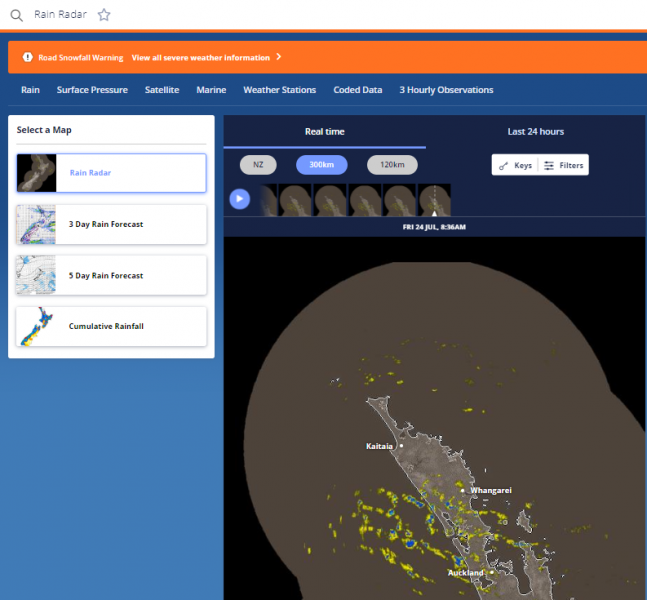 The Northland radar imagery as it appears on metservice.com

MetService worked closely with Te Runanga o Whaingaroa and local marae groups, as well as the Shareholders of the Te Touwai land block on which the radar is built, to gain the support of the local community. Another great outcome of this engagement is an annual scholarship set up by MetService to support local students with an interest in meteorology or related sciences; a MetService meteorologist has also visited schools in the area to talk about weather and the role of the weather radar. New Zealand’s first modern weather radars were installed over 20 years ago to provide coverage of the Auckland, Wellington and Canterbury regions, followed some time later by a Southland radar. The current project has seen new radars established in Taranaki (2008), the Napier/Gisborne region (2009), Bay of Plenty (2010) and Westland (2011).

The next Metservice Radar was due to be raised on Lamb Hill in  Otago during February 2020 but was postponed until later in the year due to the Covid 10 pandemic and lock down.