With rainfall well above normal last winter, it was a great time for slips: big ones cutting major road and rail links in Kaikoura and other places and thousands of little ones making small mischief on roads and properties all over the country. Houses in Auckland were threatened for days by slow moving slips, while, in Milford Sound, tourists watching waterfalls had to sprint to safety when the sound of the rain took on a deeper rumble and tonnes of rocks and trees crashed down on the spot where they had been standing. All of this excitement reminded me of one of my favourite New Zealand slip stories.

In 1810 a major storm struck the bottom of the South Island. There were no newspapers in New Zealand then but the storm was eventually written up in a Sydney newspaper. Described as a hurricane, the tempest lasted 48 hours, flattening swathes of forest and caused numerous landslides which blocked several streams, resulting in dangerous floods.

On Stewart Island, a gang of eight sealers working in a cove near South Cape were caught by the storm. With difficulty, the men reached the shelter of a cave, where they camped. During the night, while they were asleep, a large slip blocked the mouth of the cave. With no hope of rescue from outside, the men set about digging their way out. Luckily, they had all their camping gear and provisions with them, and a stream broke through the roof of the previously dry cave, providing them with water. Initially the flow of the stream was heavy enough to threaten them with inundation, but it eased off to a trickle once the storm had passed.

The men had only two shovels, one axe and four iron pikes to work with. At first, the more debris they cleared away, the more slid down from above. It took them almost a week to burrow their way out. They were then able to observe that the cave was to one side of the slip. Had it been closer to the main body of the slip, they would never have dug their way free. Having no timepiece with them, and unable to tell the difference between night and day while they were entombed, the men had lost track of time. When a ship eventually picked them up, they found that they were two days ahead in their reckoning of the date. The storm had blown them into the future! 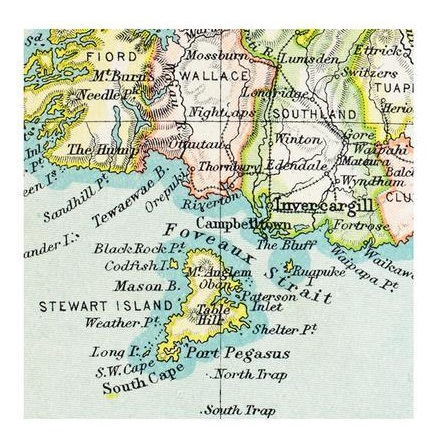