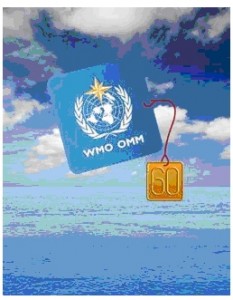 Historic beginnings and a NZ connection:
Back in the mid 1800s severe storms caused an increase in shipwrecks in the Atlantic.  The weather was a problem and people needed to be warned about it.  An international meeting was convened in Brussels in 1853, instigated by Lt. Matthew F. Maury of the US Navy.  Subsequently, the British Government commissioned a former New Zealand Governor, Robert FitzRoy, as first ever “Meteorological Statist” to gather records on the weather and its behaviour. 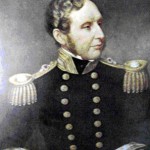 FitzRoy did more than gather records.  He started a network of observations and produced weather maps, and published his book on how to forecast the weather by watching the trends on a barometer: The Weather Book: a Manual of Practical Meteorology. (London: Longman, Green, Longman, Roberts, & Green.)  There are still many wall barometers that carry quick forecasts written around the dial - something which FitzRoy documented back in 1863. 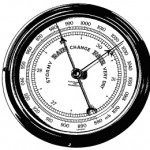 Another conference was held in Vienna in September 1873 attended by twenty governments and called the First International Meteorological Congress.   An ad-hoc Permanent Committee was formed, presided over by C.H.D. Buys Ballot (Netherlands), and they formed The International Meteorological Organization (IMO) which was to be the basis for international collaboration for many decades. WMO’s founding documents were signed on 23rd March 1950.  WMO became a specialized agency of the United Nations (UN) in 1951.  In 1953, the UN ratified WMO to replace the IMO.

Advances in Sixty Years
As WMO turns sixty, this is a good opportunity to reflect back on how the study of weather and climate has evolved over the past six decades.

The science of weather forecasting follows the four main elements of all science: 1) gathering data, 2) analysing these data for patterns and trends, and to gain physical insights into processes, 3) constructing mathematical models of the known physics, and implementing computer programs that extrapolate the patterns and trends into the future, and then 4) researching the results and reporting expectations to the public and various users in a manner best suited to help in decision making.

The first step is to gather data. Since meteorology does not recognize political boundaries, war is no impediment to cooperation amongst members of the WMO, and the planet’s observational network has extended to cover the entire globe.  The Global Observing System now includes about 10,000 land stations; 1,000 upper air stations; more than 1,000 ships; 1,200 drifting buoys; 200 moored buoys; 3,000 ARGO profiling floats; and 3,000 commercial aircraft.  This is supplemented by six geostationary satellites, five polar orbiting satellite,  five operational environmental satellites and about another 50 research satellites.  These facilities are all owned and operated by WMO members, each undertaking certain responsibilities in an agreed global scheme so that all can benefit. 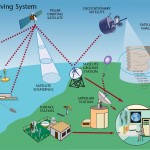 WMO’s role has evolved over the past 60 years, along with advances in technology with satellites and computing.  WMO has set up six Regional Associations around the world and several programmes with the aim of securing and enabling the same reliable weather information everywhere and for everyone:  It is now an exceptional scientific and technological institution with a primary focus on the safety and well being of all.

WMO-sponsored research is flourishing and a full summary of this is available in the official publication for World Met Day and a special message from the WMO Secretary-General, Michel Jarraud.  Information about the annual themes of World Meteorlogical Day can be found on their website

There are now 193 countries and territories in WMO.  In the past sixty years MetService has made great strides in weather forecasting for the safety and well-being of New Zealanders.  By extending our rain radar network, and providing our forecasters with state-of-the-art training and tools we have, since 2009, provided a Severe Thunderstorm Warning Service that covers most New Zealanders.  MetService is also working with neighbouring countries in the South Pacific in a regional initiative to supply web based tools and training to help in weather warning services, thereby enhancing the safety of people in the South Pacific.

Looking back at its performance over the past sixty years, WMO has been fortunate that its founders chose to set it up on a solid base laid out by the IMO, allowing for the free and unrestricted international exchange of weather data and products.  In some ways WMO is like a big club, and yet in other ways it is a unique example of how nations can work together, united by the challenges thrown at us by weather and climate. Please join with the meteorological community around the world in a round of applause in celebrating World Meteorological Day every year.