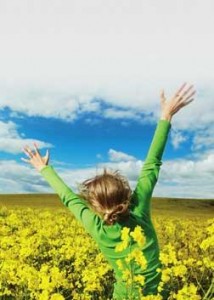 23 March is the anniversary of the inauguration of the World Meteorological Organization (WMO) in 1950. The WMO was designated a specialized agency of the United Nations System in 1951 and now has 193 member nations including New Zealand, to facilitate international collaboration in meteorology, including coordination of observations and standardisation of instruments. The mandate has been extended to cover water and environmental issues. In 2009 , the theme was "Weather, climate and the air we breathe". The following notes are taken from Michel Jarraud, Secretary-General of WMO, and his special message to mark this occasion.

For many centuries, humans managed reasonably well to adapt to the impacts of weather and climate by adjusting shelter, food production, energy provision and lifestyles in harmony with climatic and environmental conditions. However, over recent decades, population growth, increased energy usage and industrial development have contributed to the emission of gases and particles that can, and do, affect human health. Thus, asthma, heart disease, lung cancer and many other medical conditions have been exacerbated, or even caused, by declining air quality. In addition, air pollution impinges on the global economy, food and water security and sustainable development, by damaging plants, crops and ecosystems.

It is interesting to recall that Hippocrates (c. 460-377 BCE), considered by many as the 'Father of Medicine', rejected superstition in favour of scientific observation. He classified diseases and established sets of moral and professional standards still held valid today. In particular, his 5th century BCE work 'On Airs, Waters and Places'  considers the effects of climate, water supply and regions on human health and compares the geophysical conditions of life in Europe and Asia.

At the time of Hippocrates, it was generally accepted that there were just four elements: earth, air, water and fire, with their respective qualities of coldness, dryness, wetness and heat. If these were present in the human body in the right amounts and at the right places, then good health resulted, but if the equilibrium was destroyed, then so too was health.

Today, we know that trace gases and particles in the air have a significant impact on climate, weather and air quality. Wind, rain, snow, sunlight and temperature can affect how atmospheric pollutants travel or linger. Urban heat can trap pollutants, whilst rain and snow tend to wash them from the atmosphere into the ground and oceans. Scientists thus use meteorological models to predict air-pollution patterns. Timely, relevant and accurate air-quality predictions therefore contribute to protecting lives and property and complement the more traditional meteorological forecasts. 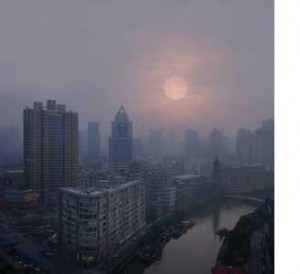 As early as the 1950s, WMO was pioneering the coordination of atmospheric observations. Information on greenhouse gases, aerosols and ozone, collected from a global network of surface-based sites, balloon-borne sondes, aircraft, and satellites, has contributed to understanding the changing chemical composition of the atmosphere. WMO was a founding organization in the establishment of three major international conventions related to atmospheric composition: the United Nations Economic Commission for Europe Convention on Long Range Transboundary Air Pollution (1979), the Vienna Convention on Protection of the Ozone Layer (1985) and the United Nations Framework Convention on Climate Change (1994). Today, WMO continues to support these vital international mechanisms for global action.

The WMO co-sponsored Intergovernmental Panel on Climate Change (IPCC) released its Fourth Assessment Report and received the prestigious Nobel Peace Prize in 2007. Its conclusions are that climate change is unequivocal and very likely due to the increased anthropogenic emissions of greenhouse gases.

The IPCC has further anticipated an increase in the frequency and intensity of floods, droughts and other weather and climate extremes as a result of a warming climate, in particular heat waves, which can have adverse effects on human health, exacerbate pollution events and spark wildfires. New Zealands Government Ministry for the Environment monitors the health of our air and reports on our Air Quality here.
Web pages looking at Air Quality problems are here for Auckland, Christchurch, Canterbury and Nelson.