In August 1961 my Dad took me to see my first test match. All Blacks versus France at Wellington’s Athletic Park, although with hindsight it was more like New Zealand and France combined versus the weather.

Not that wind and rain were a negative for my ten-year-old self. That seemed to be one of the great things about rugby: it was so important that you were allowed to play in the rain. There was even some thought that the muddier you got the better you had played, the more heroic your effort.

With high hopes we settled into our benched seats, four rows back but not much elevation so I missed some of the good bits when everyone stood up. Dad let me know what had happened. Fortunately, we were at the northern half of the ground, almost lined up with the 25 yard line, since the wind confined 95% of the play to that end.

The French had the southerly storm behind them in the first half but after a solid All Black defensive effort it was nil all at half-time. “A twenty point wind” my father told me. In those days rugby’s way of measuring wind strength was how many points it was worth when it was blowing in the direction you were going. If it was blowing side-on it was just irritating.

I felt a bit sorry for the French. Their first trip to New Zealand. It seemed a long way to come to get thrashed. Then the second half started and the French defence proved resolute. Time passed and the All Blacks weren’t scoring. “The wind’s so strong it’s hard to pass”, my father explained. “Blowing the slippery ball away from their hands”, he added. Then the French scored. Length of the field try, against the run of play, not meant to happen, where was the cover defence?

Time running out, France 3 All Blacks 0, the abyss gaped before me. Then Tremain scored in the far corner. That’s what Dad said, I could only see the back of the man in front, though I could feel the hysterical relief in the cheering. Tied up 3 -3, conversion attempt from the sideline regarded as impossible in such a wind. Draw better than a loss, but not much. Then the kick went over, delirium. Don Clark later claimed to have aimed the kick along the 25 yard line and let the wind take it through the posts.

Ten minutes left, time to score again and stamp our authority on proceedings. But the French held on and 5-3 to the All Blacks it finished. The guilty pleasure of a narrow victory as the crowd slowly poured away. My first taste of a moral victory and it wasn’t ours. When we were meant to be piling on the points, the French had scored into the wind through their fabulous running and passing. Something we hadn’t done.

And what a wind it was, 137km/h gust at the airport, trees down, roofs off houses, ships unable to enter the harbour, airport closed, waves breaking over roads and railway lines. One man’s hat blew from Athletic Park to Karori. And the realisation that rugby’s wind scale was circular. As the wind strength picked up a ten point wind might turn into a fifteen point wind, but if the strength kept climbing the needle went right round the dial. A hurricane strength wind favoured no-one and was worth zero points. 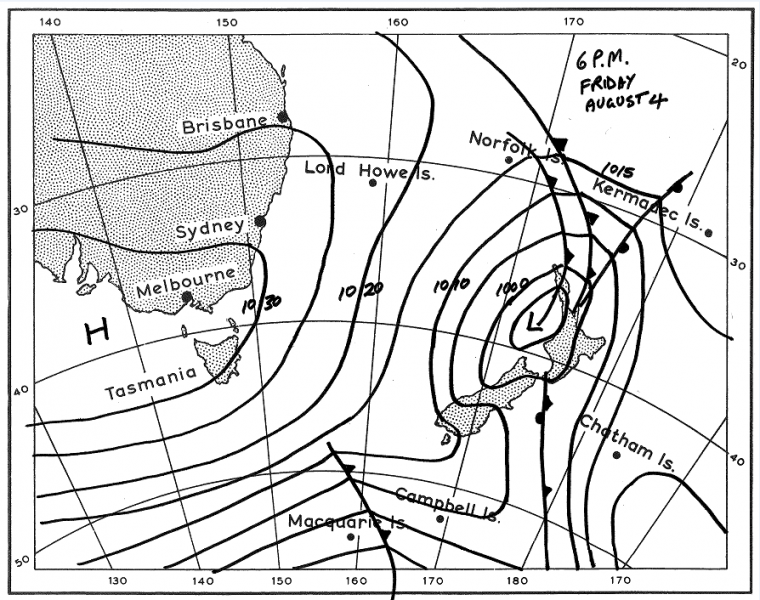