May 4th/5th 2009 I work as a public forecaster and my main tasks include writing regional, urban and mountain forecasts. I either work mornings (which start at 5:50AM and finish mid afternoon), or afternoons (which commence mid afternoon and run until 10:45PM).

A benefit of shiftwork is frequently having weekdays off, which earlier this month allowed me and  Forecaster Nicole Ranger to go tramping in the Tararua Forest Park. The state of the weather is an unavoidable facet of the outdoors, and so this first blog post will cover some of the meteorological aspects of this trip. Our destination was Mitre Flats Hut on the eastern side of the range, with an attempt on Mitre (highest peak in the Tararuas at 1571m) the following day.

A front was forecast to race up the South Island overnight and into the next day whilst forcing northwesterlies over the Tararuas. The good news was that this ought to clear up the the remaining cloud (from a dying southerly) on the eastern side of the range. The bad news was the threat of the winds being too strong on the exposed tops, and for Mitre itself to be clouded over.

The skies cleared on Monday night, resulting in a grass frost the next morning. 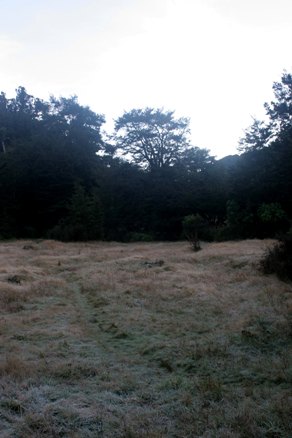 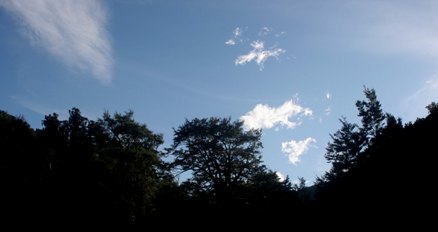 Although it appeared to be a fine morning from the hut, sinister, scrappy cumulus fragments could be tracked coming off the main range as evidence that winds were now northwesterly aloft.

On cold nights, like the one we experienced, the surface layer of air "de-couples" from other layers of the atmosphere. This prevents stronger winds higher up from reaching the ground, and leads to the classic still, cold winter night. However, when the sun rises, the surface layer becomes destabilised, and winds can now mix down to the surface. This is just what happened on the frosty morning of May 5, and once the northwesterlies reached ground level the grass frost expired very quickly.

Heading up to Mitre, the wind was quite gusty in the bush, but it was much more so when we reached the exposed tops. The main peaks to our west had also clouded over in the northwest flow. 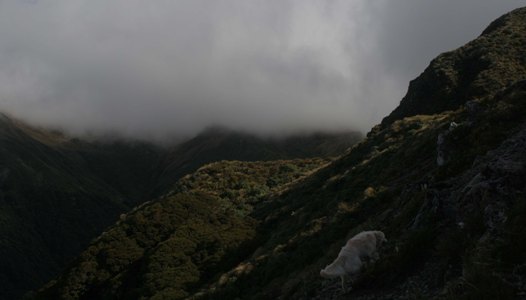 Image 3: Northwesterly winds ahead of the front were forced to rise over the Tararuas, forming clouds, and hence keeping the main spine of the range "clagged-in". 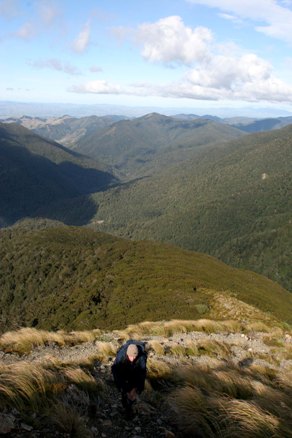 Image 4: Meanwhile, the Wairarapa is fine- thanks to the sheltering effect of the Tararua Range.

Unfortunately, we were not able to make it to Mitre this day. 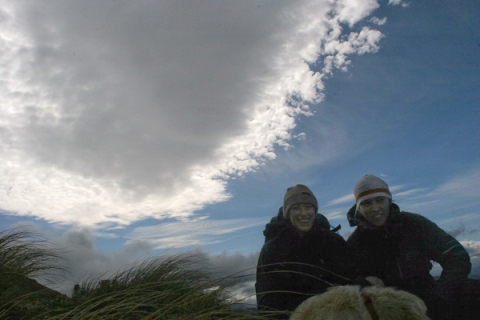 Despite our retreat, this was not the end of the interesting meteorology. The hint is in Image 5, with the quite impressive altocumulus behind us, which is aligned perpendicular to the northwesterly wind. This suggests significant "downslope winds", which bring strong winds from aloft down to the surface in the form of gusts. When we returned to the hut (at about 400m above sea level), the wind was very gusty. A sharp-edged altocumulus to our east matched the theory of downslope winds.

A few days later, at the end of a shift, I found an archived satellite picture from that time of the day (1PM, May 5th). The cloud signature was indicative of strong downslope winds in the lee of the Tararuas. Had I been on shift that day and seen such a satellite image, I would have expected this phenomena to be occurring- but being in the middle of it was much more fun...

In the satellite picture, I've drawn the red arrow showing wind direction. Air in the northwesterly was forced up the hills, formed clouds and then descended on the lee side. This relatively dry, descending air was responsible for the strong wind gusts we experienced. Downstream, the air rises again, and forms the sharp edged line of altocumulus parallel to the Tararuas. It is this cloud formation which you can see in both the photograph from the ground and the satellite image from 36000km above. The clear area between the hills and the altocumulus is a variety of "foehn gap"- which is where I was standing when I took the photo. This cloud formation, seen either from the ground or on a satellite image, allows a good estimate to be made of where there may be especially strong and gusty downslope winds.