As a cold front swept up the North Island on Sunday 24 April 2016 it was like a blanket had lifted leaving blue skies behind. In the classic cold-front scenario, showers usually follow the main rain band. But because the flow was west to southwest behind the front, the South Island was sheltering the North Island from the showers, resulting in clear skies behing the front in this case.

You can see in this satellite image below from 9am Sunday morning, the unusually straight line of high cloud through Wellington showing the last of the high cloud generated by the cold front. The showery flow either side of the South Island can be seen by the broken cumulus clouds there. 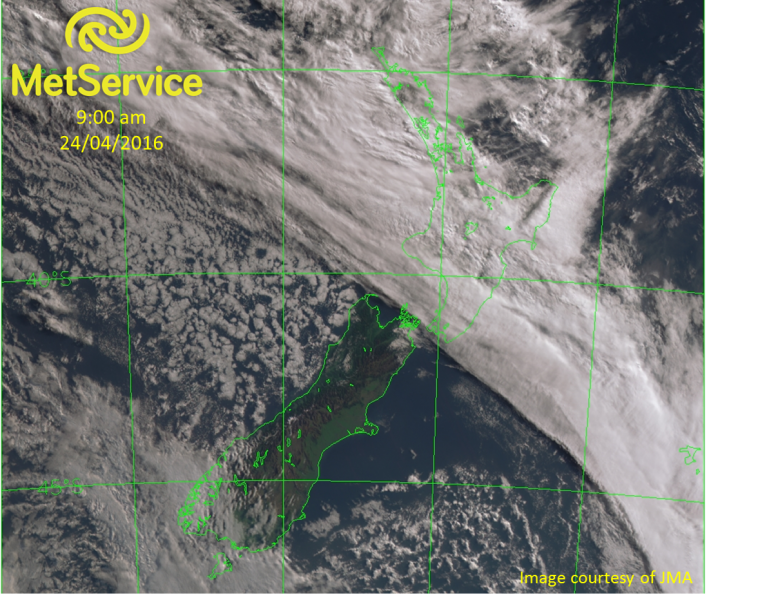 Our analysis of the frontal features and pressure for the same time is shown below. We have marked the position of the cold front at the surface from Waitomo across to Napier. There is also a warm front marked just ahead of it. The time on the chart is in UTC - which is 9am Sunday in NZST. 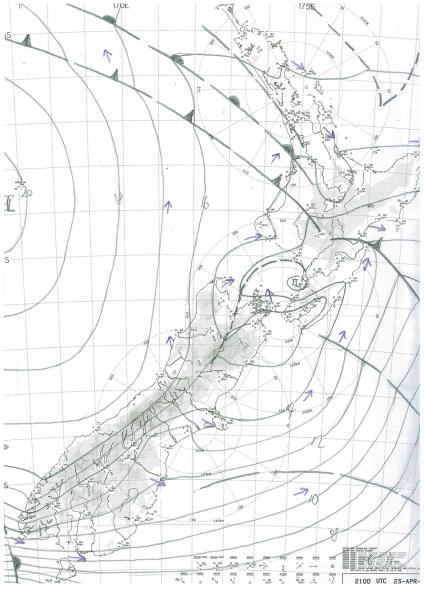 Cold fronts slope backwards, as shown in the following image of a cold front from the side from Bader 1995, p145. This is why even though the surface of the cold front was from Waitomo to Napier, the high cloud behind the surface  front at this time was still over Wellington. 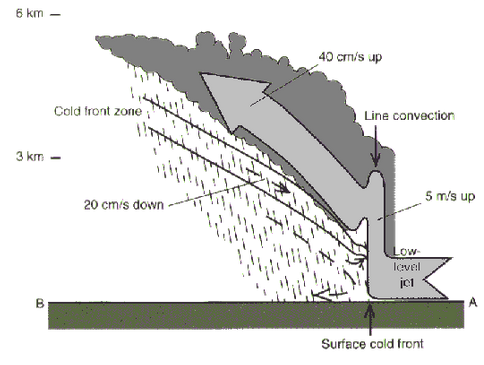 You can see from these photos sent in at the time what the front looked like as it cleared Wellington. 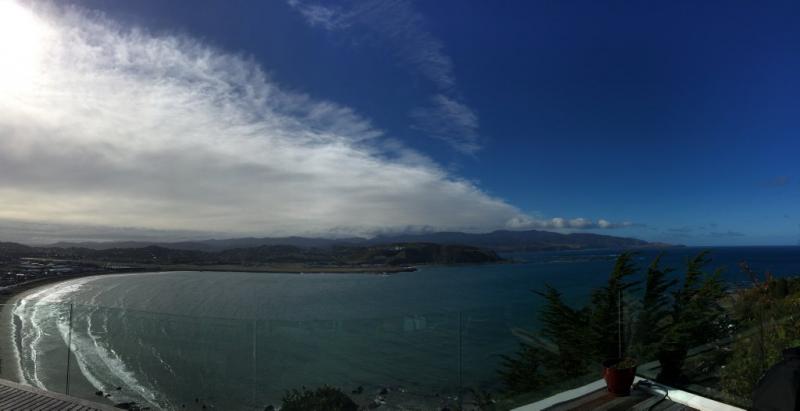 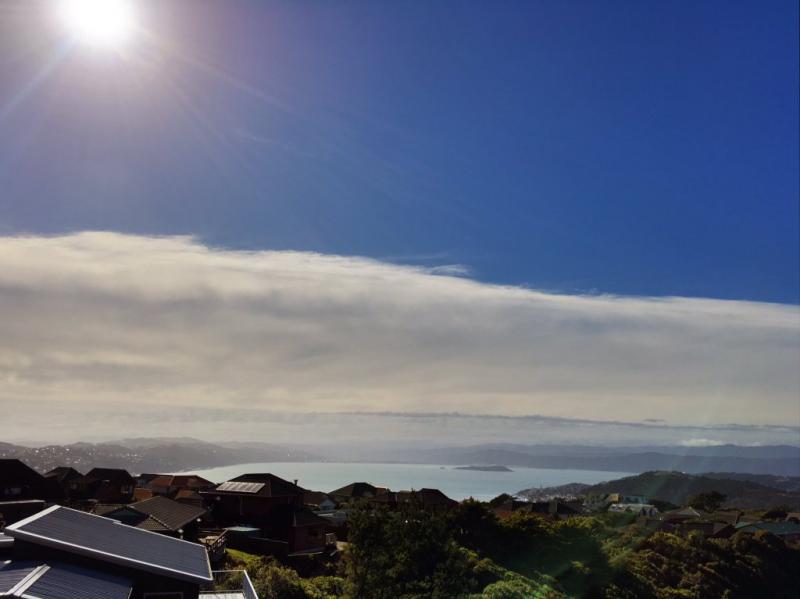 Out of interest, here is the radar image at the same time showing the rain associated with the frontal features. As the front was fairly quick moving, although there was some heavy rain, it was relatively short lived. 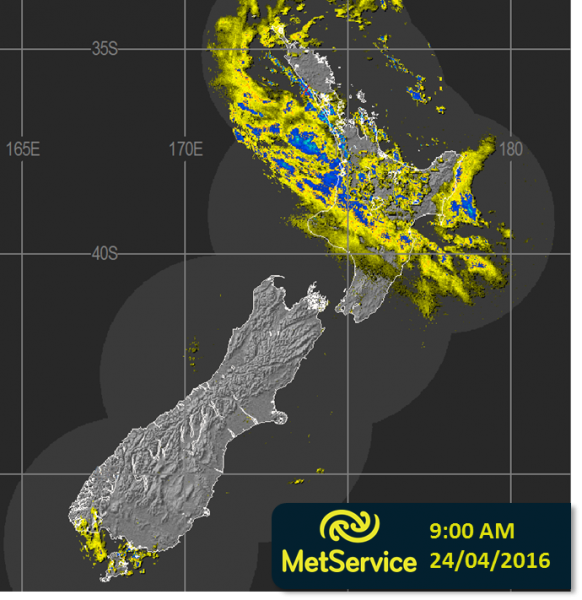