By Meteorologist Emma Blades All times are in NZST 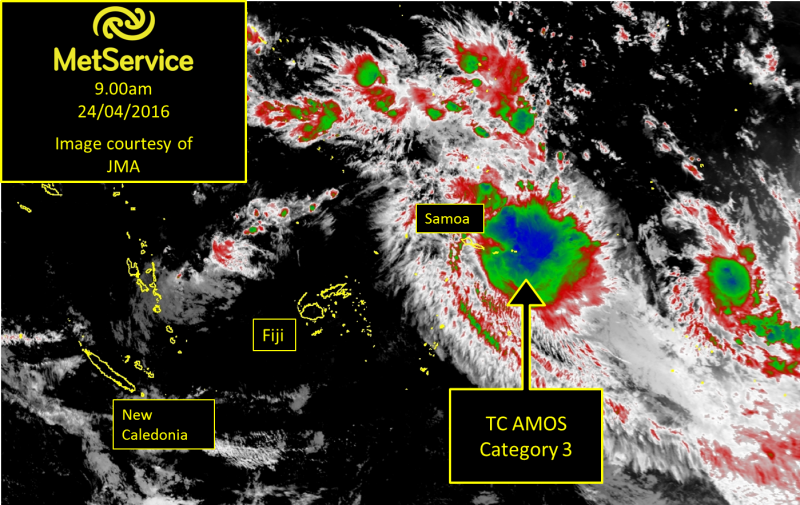 Tropical Cyclone Amos was located about 240km east of Apia, Samoa and 130 km east-northeast of Pago Pago, American Samoa, at 6am 24 April 2016. At that time the central pressure was 973hPa and the sustained winds close to the centre were 148km/h; a category three tropical cyclone.

TC Amos is moving east-southeast at 30km/h and is weakening slowly. The winds are forecast to weaken in the next 12 hours as follows: 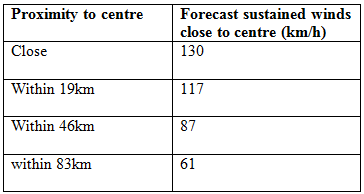 On its current track, the cyclone is expected to move southeast over the next 12 to 24 hours then slow down and track more southwards for the following 24 hours while slowly weakening. The forecast track map from the Fiji Metservice is shown below.

Tropical cyclone warning number 41, issued by the Fiji Metservice at 7.54am on Saturday 24 April 2016 (times on chart in UTC) 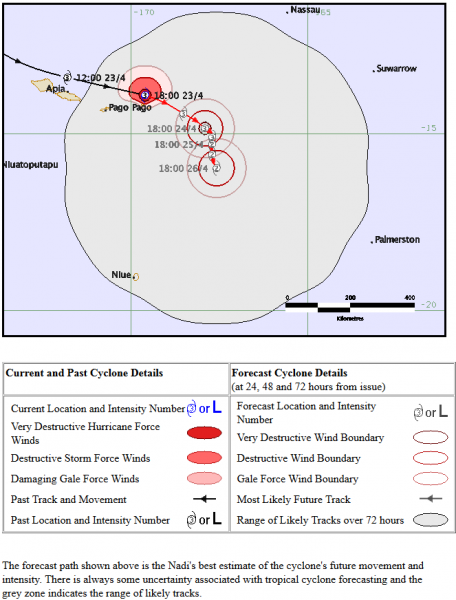 TC Amos poses no threat to New Zealand. You can find the latest updates of tropical cyclone activity in the South Pacific on the MetService Tropical Cyclone Activity page.