Since our last update, TC ULA has slowly moved south-westwards. As of 7am on the 10th of January 2016, it was located between southern Vanuatu and Fiji, about 185 km east of the island of Futuna in Vanuatu. The central pressure of the cyclone was estimated to be 950 hPa, making it a Category 4 cyclone, and it was moving to the west-southwest at approximately 9 km/h. Winds close to the centre of the cyclone were expected to be around 176 km/h. 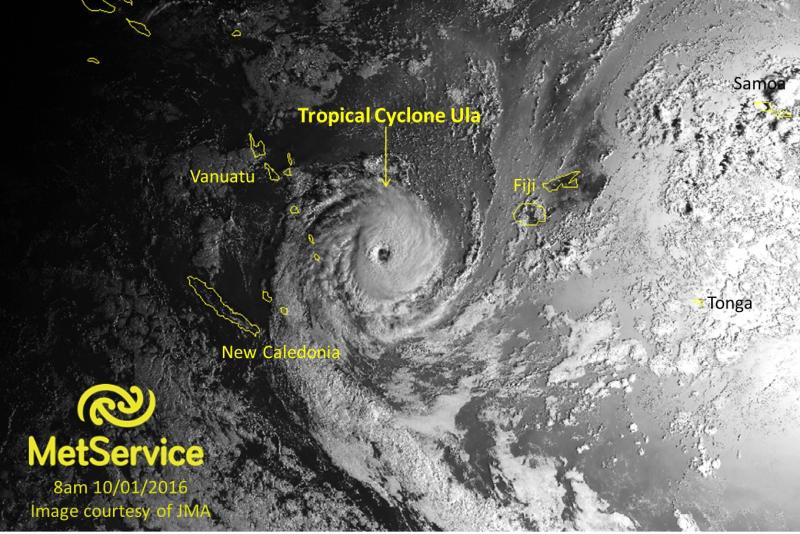 Satellite image showing the location of TC ULA, as of 8am on Sunday 10th January.

TC ULA is expected to gradually curve southwards over the next few days, making its closest approach to Vanuatu today (Sunday). It should begin to weaken as it moves southwards over colder waters during Tuesday.  This is shown in the forecast track map below. 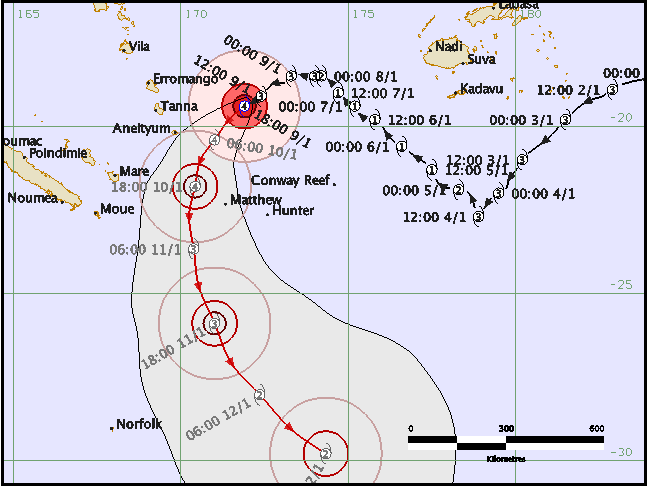 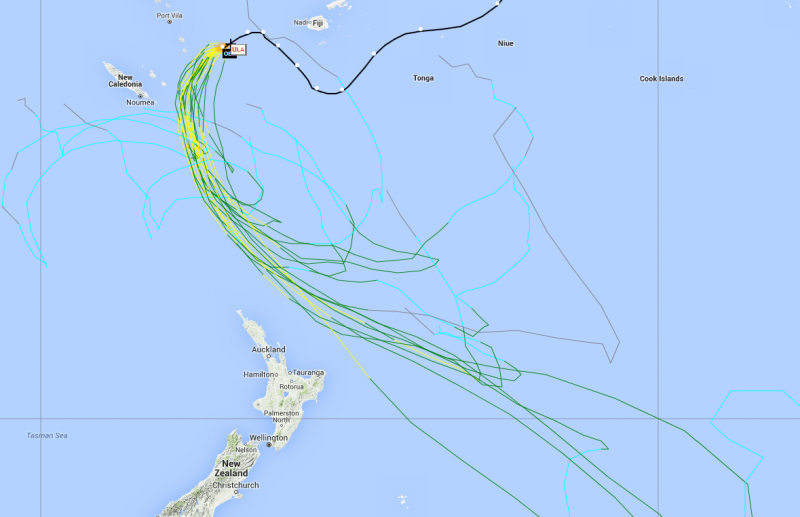 As TC ULA is expected to remain north of New Zealand, the worst of the wind and rain associated with this cyclone should remain offshore. However, northern areas of the country will still see some rain associated with the cyclone on Tuesday. Our Severe Weather Outlook shows that we have a low confidence that this rain could be heavy for Northland. MetService meteorologists are continuing to monitor this cyclone, in case of any changes. 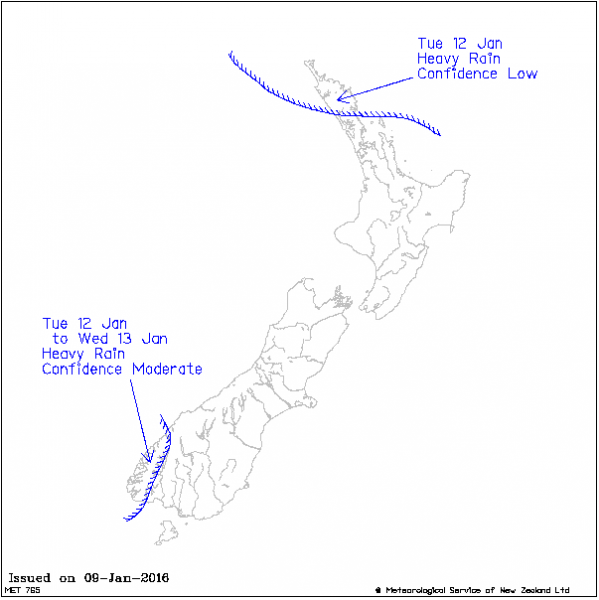 You can keep up to date with TC ULA by looking at our Tropical Cyclone Activity Page where you can see hourly satellite imagery. You can also see out Severe Weather Outlook on metservice.com, and keep an eye on our Severe Weather Watches and Warnings, which will be issued if needed. We will continue to post blog updates on TC ULA as well.