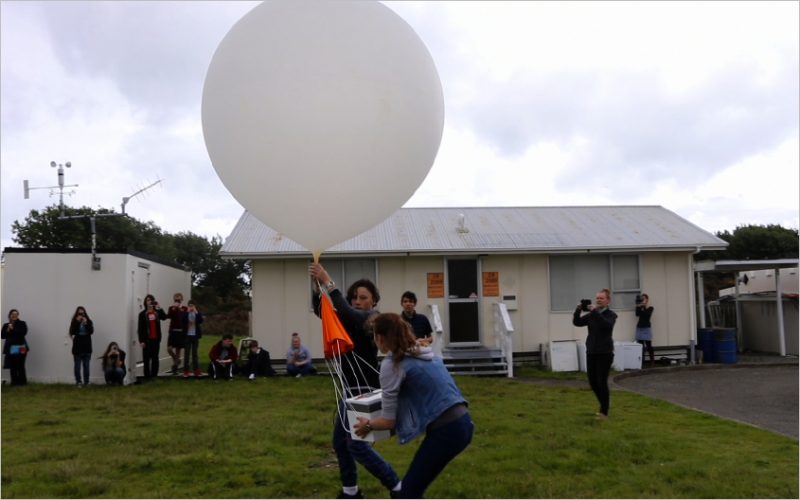 On Thursday 27th and Friday 28th October 2016 a special weather balloon launch took place at Paraparaumu - the culmination of months of planning by MetService Communications Meteorologist Lisa Murray and the team lead by Julia Delogu from Space Place (Carter Observatory).  MetService do two launches a day, every day, from this location, so what was  so special about this balloon launch? 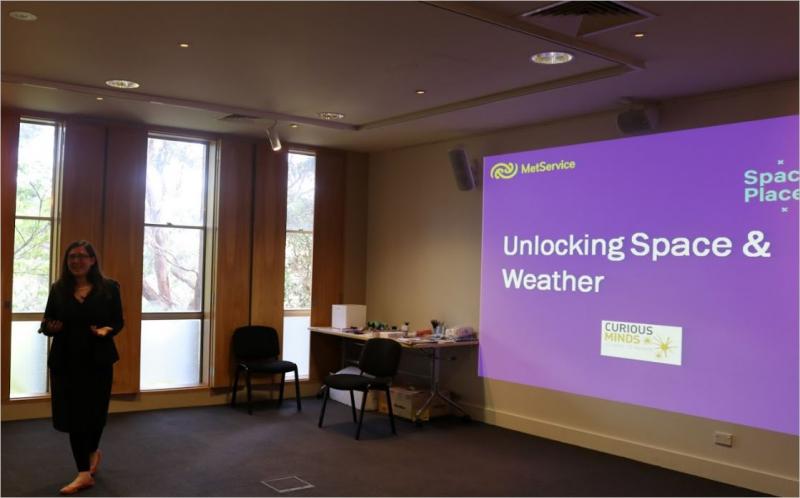 This particular launch was the result of an Unlocking Curious Minds project called 'Unlocking Space and Weather', from a proposal submitted by Julia Delogu from Space Place and Lisa Murray from MetService and funded by the Government's Curious Minds programme. It involved launching a weather balloon into near space with the involvement of twenty-two year 9 and 10 students from schools in the Wellington and Horowhenua region. These students were nominated by their schools and took part in designing the payload attached to a helium filled weather balloon launched from Paraparaumu.

The aim was for the students to plan and build a payload, which included a camera and sensors to record temperature, position and altitude, then attempt to launch it into the tropopause. In groups, the students learnt how the components communicated with each other during the launch and relayed the information to us back on the ground. They also had to calculate how much helium would be needed for a good rate of assent of the payload. 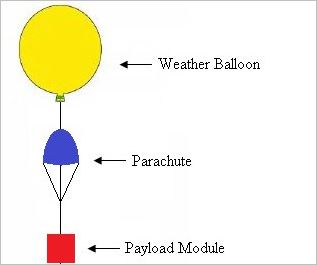 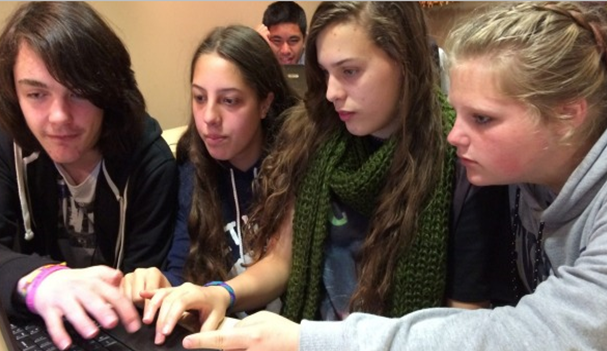 Day one started with a discussion about what we wanted to achieve and the limitations this experiment had. For example, we used a 350g weather balloon to be filled with helium, so the payload needed to be light so that the rate of assent of the balloon would be fast enough to compensate for any turbulence created by wind near the surface by nearby building etc.

To understand the limitations associated with the atmosphere and weather I gave a presentation on areas of meteorology which were important for this launch - pressure, temperature and wind both at the surface and up through the troposphere.  Once armed with this information the focus was very much on the students coming up with solutions to the problems as they came up.

Attaching the parachute to the payload.

As with many science experiments not everything went according to plan. The main issue being that the forecast for Friday (launch day) was for winds of about 40km/h which would be too strong to fill the balloon with helium in an exposed field in Mana (which was the planned launch site).  Luckily we were able to overcome this issue thanks to the quick thinking of Steve Knowles of MetService (Network Ops Manager - A.K.A Weather Balloon Ninja) who suggested the MetService Paraparaumu site where there is a shed purpose build for balloon launching in strong winds. So we could now fill the balloon inside then quickly bring it outside for launch. 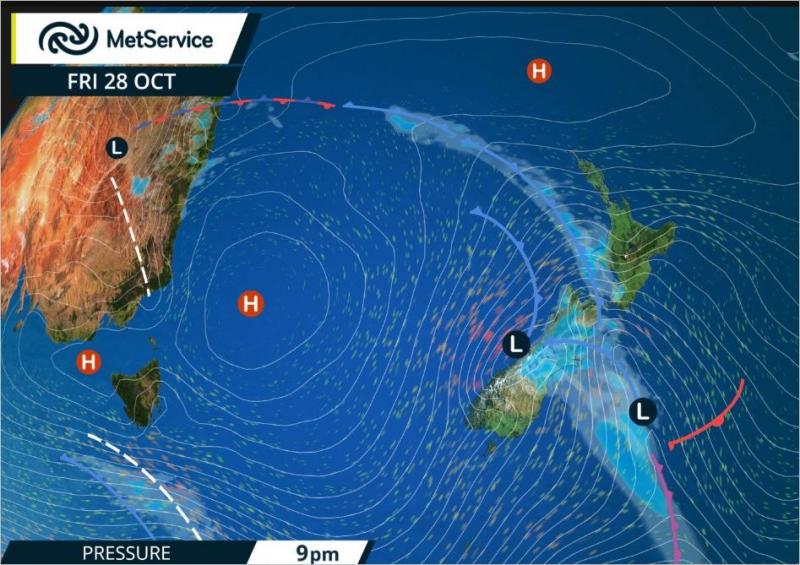 The day started at Mana College who very kindly gave us a classroom and WIFI access to set up and test our data feed. Now that the payload was complete the students needed to figure out a way of knowing how much helium was needed for the balloon to rise carrying the payload. This was done by making a weigh which was tied to the balloon - as the helium filled the balloon, the weight started to lift off the table by the balloon we knew we were on the right track. 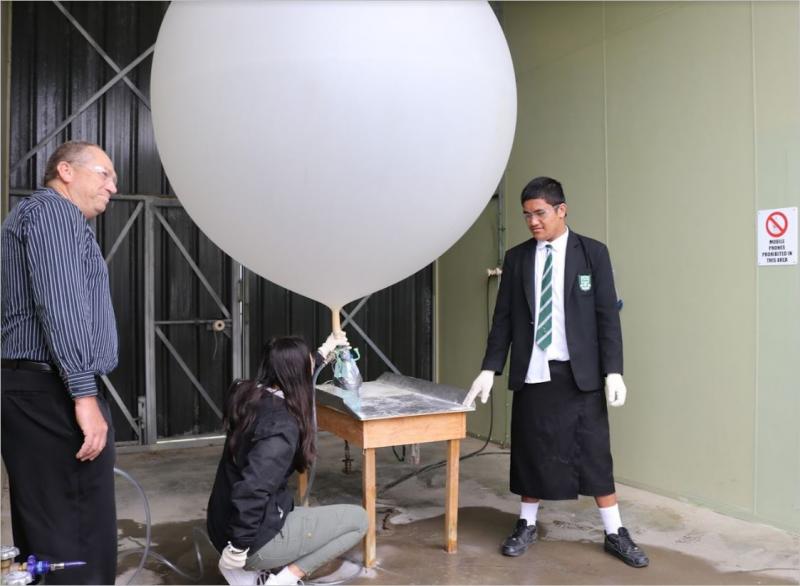 There was another unexpected hiccup during the launch. On our first attempt a damaged seal on the helium tank meant we lost a whole tank of gas. This was a big blow as we only had two tanks and needed both for a successful balloon launch. With only a certain window of time to launch the balloon we needed to source more helium and quickly. A local supplier was found thanks to the Paraparaumu workshop team and Steve and Julia headed off while the rest of us had a picnic lunch.  Finally armed with enough helium, we began the second launch attempt.  This time everything went according to plan. 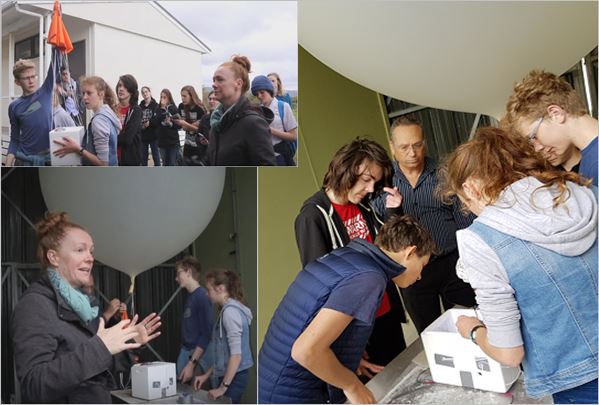 Top image: Josh and Lucy attaching the payload to the weather balloon filled with helium. Bottom left image: Lisa explaining the final preparations of payload. Image on right: Steve supervising the turning on of equipment and securing payload

We could track the balloon in real time;  the camera video footage can be seen  at http://www.ustream.tv/channel/g4b64tTAsx4 which transmitted images until just over 6km from launch. The path of the balloon took after launch can be found at www.orbit1.trackme.kiwi Go to Menu -> Participant List ->and select “Rocket” -> then “Path”, where you can get information along the path by clicking on any point. 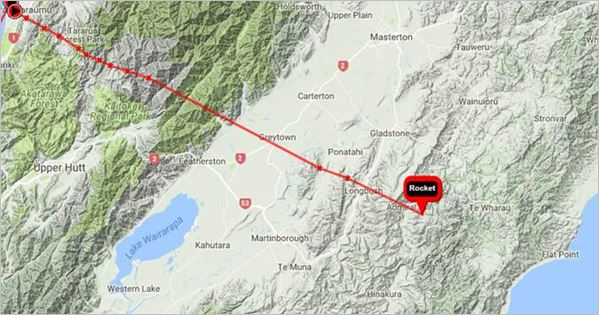 The balloon travelled up about 17km at 8.3 meters per second and moved southwest before the balloon burst and the parachute was deployed. The payload landed in a field in the Wairarapa and Julia used her detective skills to find the land owner who kindly retrieved the payload for us. We were really lucky that the payload could be retrieved as often they end up in the ocean or lost in the ranges. 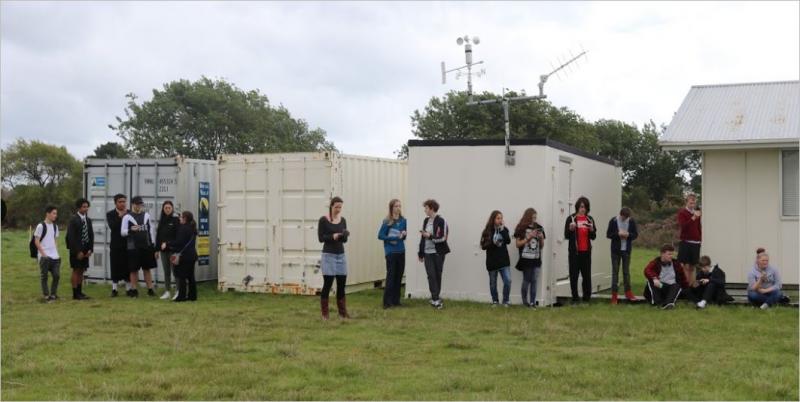 Counting down to launch - cameras at the ready!

As part of this Curious Minds project the students must report back and share their new knowledge with their own classes and schools, so the data and imagery retrieved can use by the students to do their own analysis and for their presentations.

Lucy Swinnen, Wellington Reporter, visited us on Thursday, and you can read the resulting news stories from the Hutt News here and the Stuff Science section here

There's a great video of the event made by Tom Etuata from Museums Wellington: click here to view it.

And lots of action on social media. 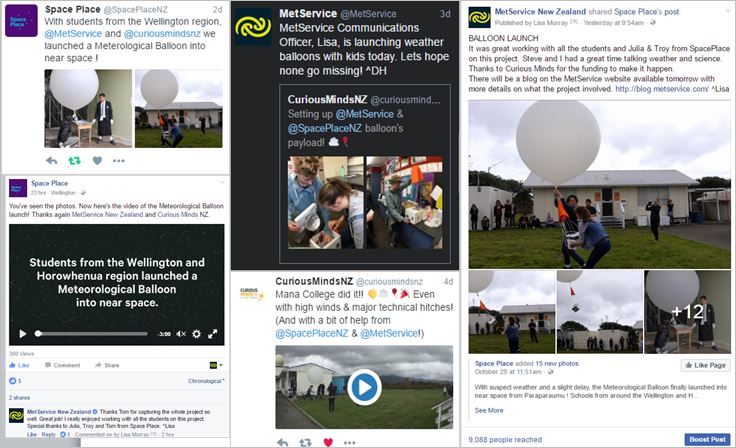 Despite the problems which popped up, the day was labelled a total success by all involved. It was great to be involved in a project that encouraged interest in weather and the application of mathematics to do practical activities. Thank you to everyone who made this amazing day happen:

As MetService’s Communications Meteorologist, one of Lisa's key areas of focus is education - so she has been working with Curious Minds in other areas, including a profile for Women in STEM (Science, Technology, Engineering and Mathematics) to encourage young women into careers involving science and mathematics.

Most of the photographs used in this blog are thanks to the brilliant Tom Etuata from Museums Wellington.