Tropical Cyclone Victor (TC Victor) was named by RSMC Nadi on January 15th, located near the Northern Cook Islands.  Since then, the cyclone has tracked between Niue and the Southern Cook Islands, before turning west and heading towards Tonga. 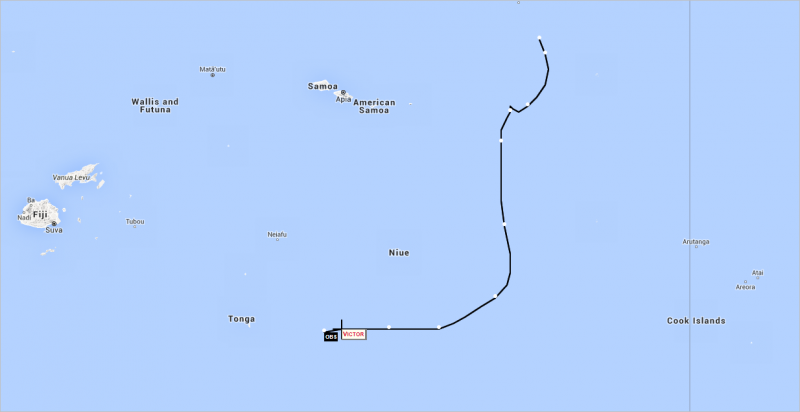 TC Victor was located between Niue and Tonga at 1pm today (Friday 22nd January).  The central pressure of the cyclone was estimated to be 980hPa, making it a Category 2 cyclone, and it was moving to the west-southwest at about 17km/h.  Winds close to the centre of the cyclone were expected to be around 93 km/h. 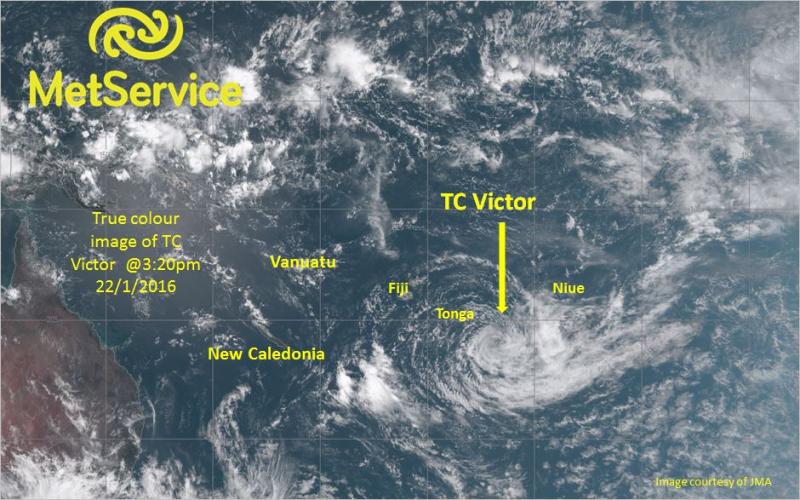 TC Victor is expected to move slowly west-southwest then turn gradually more southwards over the next 24 hours. This is shown in the forecast track map below. 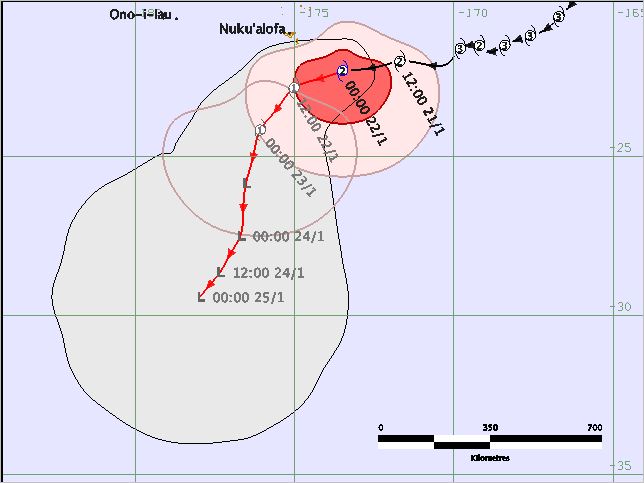 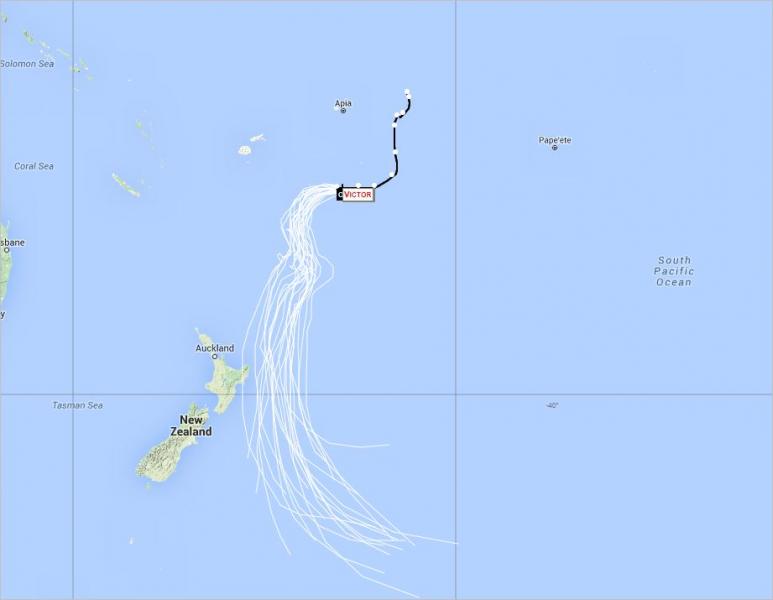 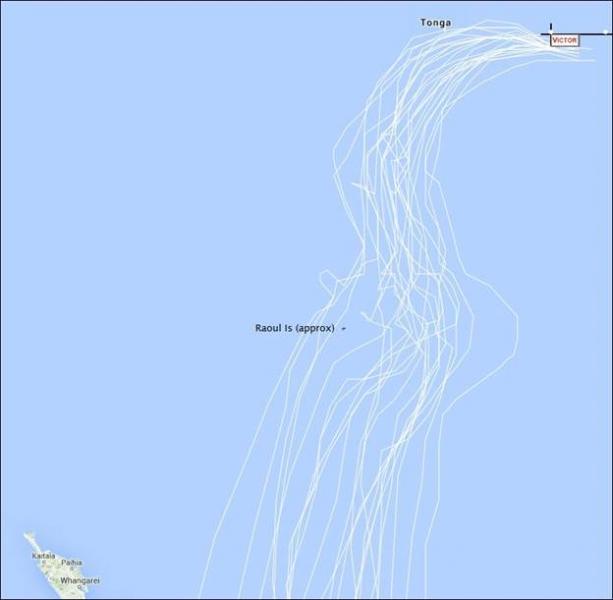 First image is a range of possible future tracks for TC Victor based on UKMO data, and the second a zoomed in view looking at Raoul Island.  Original images from NOAA Earth System Research Laboratory

As the cyclone moves closer to New Zealand and over colder waters, it will undergo transformation into a mid-latitude depression and is expected to pass offshore to the northeast of the North Island.  Currently the most likely affect will be strong winds and large swell for East Cape region of New Zealand, but there is some uncertainly of where exactly the track will go, so we advise people in the north of New Zealand to keep up to date with the latest forecasts and severe weather warnings at http://metservice.com/warnings/severe-weather-warnings

We’ll post further updates on TC Victor in the coming days, and as always, you can keep up to date with the latest forecasts and warnings at metservice.com.