by MetService Meteorologist Claire Flynn and the forecast team

Tropical Cyclone Gita was named by RSMC Nadi at 5pm on Friday the 9th of February 2018. Initially a Cateogory 1 Tropical Cyclone located west of American Samos, TC Gita curved to pass Niue and then moved westwards directly over Nuku’alofa (southern Tonga) as a Category 4 Tropical Cyclone. It reached Category 5 on 14/02/18, with maximum wind gusts of 205 km/h near the centre. It passed south of Fiji, heading towards New Caledonia, before curving southwards and heading into the Tasman Sea.

Cyclone Gita then set her sights on New Zealand, with heavy rain affecting parts of the country on Tuesday, before the centre of the cyclone crossed over the country overnight Tuesday/Wednesday. While most of the severe weather associated with Gita had eased on Wednesday morning, eastern Otago was still seeing persistent rain with some heavy falls through the afternoon.

This blog contains some statistics of the highest wind gusts and greatest rainfall totals recorded around the country during the passage of Cyclone Gita.

Note: rainfall totals in this blog are taken for the 39 hours from midnight Monday into Tuesday, through to 3pm Wednesday. In some places, it may not have started raining until later, but this timeframe was chosen to capture the bulk of the event. 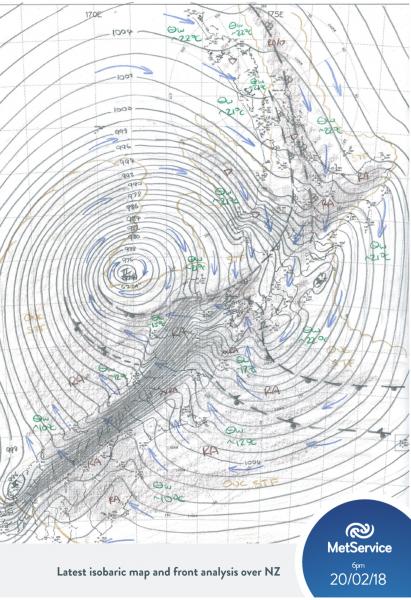 Many places exceeded their average monthly rainfall totals for February during this one event. The break down for Wellington, Christchurch and Dunedin is shown below:

Listed below are the highest wind gusts, and greatest rainfall totals recorded throughout the event:

(Note: Timaru weather station stopped reporting for a few hours, so this total is understated) 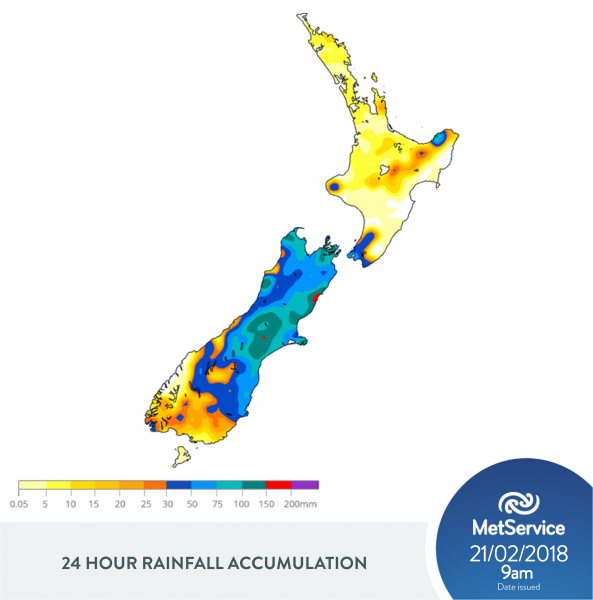 Port Taranaki Buoy reported significant wave heights of 8.3m, but a rogue wave of up to 15m was recorded!

Snow fell on some of the higher parts of the South Island due to the southerly airflow behind the cyclone, including on the Crown Range Road, as shown in the road webcam image below: 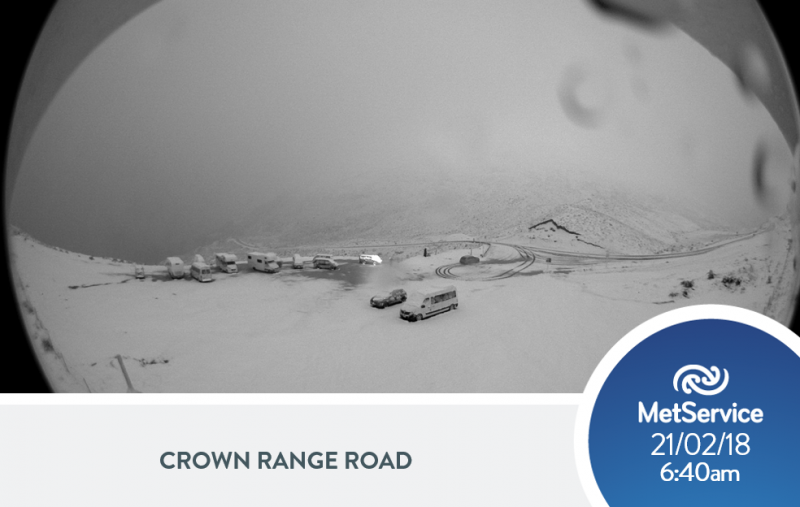